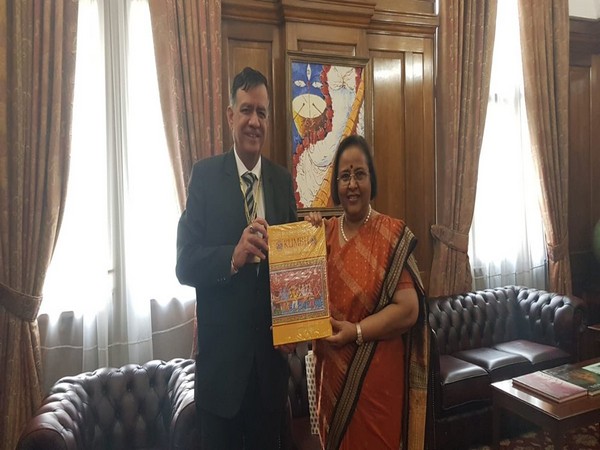 The meeting took place at India House.
"HC @RuchiGhanashyam hosted Mr Satish Mahana, Minister of Infrastructure NS Industrial Development in the state government of Uttar Pradesh, India at India House. Hon'ble Minister is leading a delegation to participate in the Defence and Security Equipment International," the Indian High Commission in London tweeted.
"The Minister is visiting the United Kingdom to promote a defence corridor, proposed in the state and to engage with the companies for the next year's Defence Expo in Lucknow," the embassy said in a follow-up tweet.
The Defence and Security Equipment International is an arms fair held every two years in London Docklands, which is attended by both arms company representatives and military delegations from around the world.
The fair is open from September 10 to 13. (ANI)