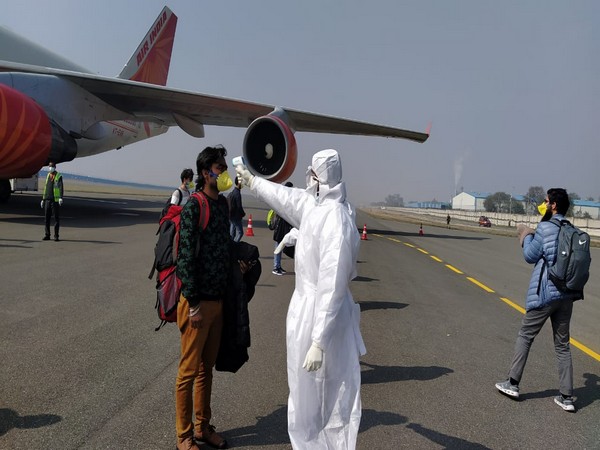 New Delhi [India], Feb 2 (ANI): Indian and Maldivian nationals who arrived in Delhi on a special Air India flight from the coronavirus-hit Chinese city of Wuhan on Sunday, were sent to quarantine centres set up by the Indian Army and the Indo-Tibetan Border Police in Manesar and Chhawla respectively.

Of the 323 Indians, 295 were sent to ITBP-managed Chhawla Camp in the national capital.
Prior to being sent to the two quarantine centres, all the 330 passengers had undergone screening after they deboarded from the Air India flight.
A similar procedure was followed following the arrival of the first batch of Indians from Wuhan on Saturday. 220 of the 324 Indians had been shifted to Army quarantine facility at Manesar, while the remaining 104 were shifted to Chhawla Camp, the Health Ministry had said.
All the evacuees will be kept in isolation at the quarantine facilities for 14 days in the said locations. (ANI)