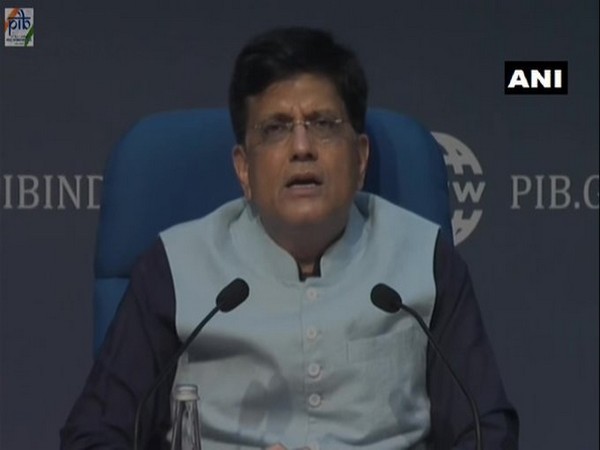 New Delhi [India], September 16 (ANI): India's overall export (merchandise plus services) has declined by 25.42 per cent during the period April-June, 2020 as compared to the corresponding period of the previous year, Union Minister of Commerce and Industry Piyush Goyal said in a written reply in the Lok Sabha today.