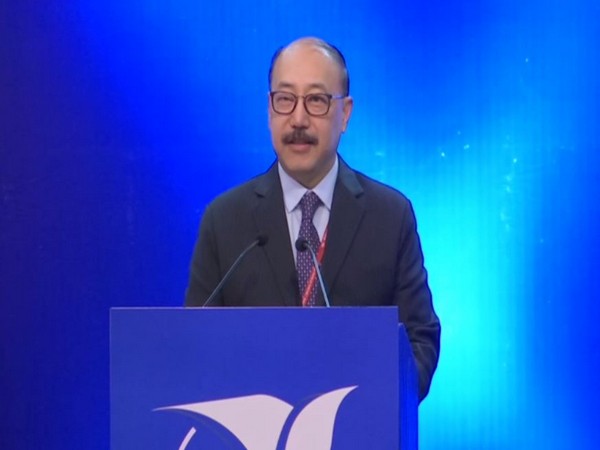 New Delhi [India], Feb 2 (ANI): Talking about his first appearance after assuming office as the Foreign secretary, Harsh Vardhan Shringla on Sunday said that the partnership between India and the United States is an "article of faith with a very natural quality."

"Strength and resilience of India-US relations are derived from ties between the people of our countries. Our respective citizens embody values of democracy, diversity, creativity and entrepreneurship. The characteristics that define our great nation. For them, the partnership between India and the US is an article of faith with a very natural quality," he said at an event.
Academic exchanges and cross-fertilization of ideas represent not just our old linkages but also the heart and soul of our time, he added.
Highlighting the essence of the India-US relations, Shringla said: " The US was the early partner in helping to establish agricultural universities and research institutions in India. In 1960s IIM Ahmedabad and IIT Kanpur were incubated under the foster care of leading US institution like Harvard."
Taking cognizance of the bilateral bond, Shringla, while speaking at the 70th-year celebration of the Fullbright scholarship program, highlighted that United States is the most favoured overseas destination for Indian students seeking higher education and Indian students represent 1/5th of the international students in the US and contribute 8.1 billion dollars to US economy.
On the current regime's emphasis on education, Shringla said, "In the latest budget, high priority is given to education. The finance minister has allocated Rs 99,300 crores increase of 5% in the allocation for education. Education can be leveraged by encouraging more foreign direct investment in this sector." (ANI)