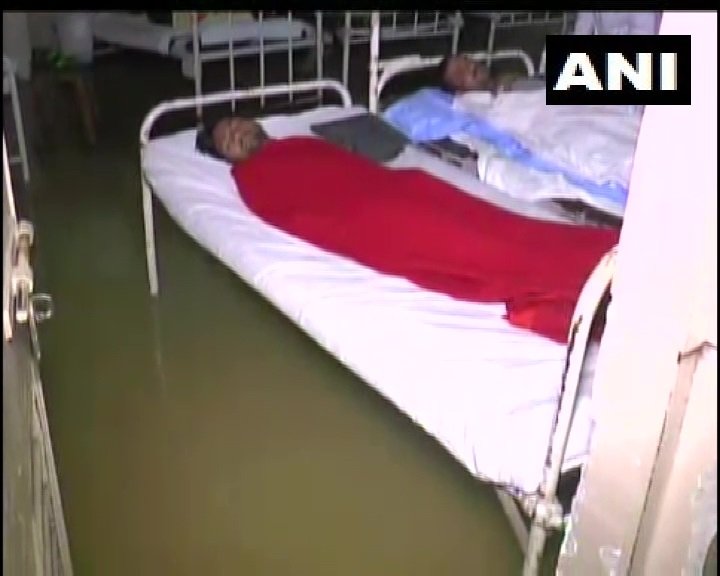 Indore (Madhya Pradesh) [India] Sept 13 (ANI):Heavy raiins in the city have caused waterlogging in several parts of the city where water has entered the Maharaja Yeshwantrao Hospital.
On Thursday, the city recorded heavy rainfall about 76 mm.
In the flooded hospital, patients and doctors are facing problem as the water has entered in the wards. Equipments are seen floating in the corridors and wards of the hospital.

People plouged through knee-deep water for bringing medicines fto patients.
"According to the weather forecast, heavy rain is likely to occur and we are alert and ready if any mishap happens, an official said adding a joint team of police, municipal corporation and others were on hand to tackle any situation.
The India Metrological Department has predicted heavy to very heavy rainfall is likely to occur over Madhya Pradesh in the next 48 hours. (ANI)