Injustice meted out to poor by Cong, will Priyanka apologise, asks Adityanath 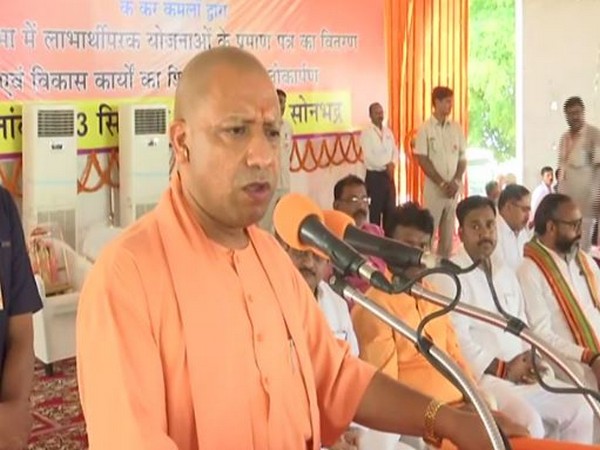 "I was shocked to know that within Sonbhadra district alone, more than one lakh Bigha forest land and the land the poor were captured by the people of Congress, Samajwadi Party, and Bahujan Samaj Party. I would like to ask the Shehzadi (Priyanka) of Congress if she will come here and apologise for the injustice caused to the poor?" said Yogi.
The remark came during the Chief Minister's visit to Ubha village of Sonbhadra where he allotted 852 bighas of land to 281 beneficiaries in the village.
At the occasion, the Chief Minister handed over financial compensation of Rs 18.5 lakhs to the kin of the victims who lost their life in Sonbhadra firing incident. The 20 persons injured in the incident were also given Rs 6 lakh compensation.
Yogi Adityanath announced 35 development schemes for the area amounting to Rs 340 crores. In addition, it was also announced that 292 families of Ubbha village will be provided housing under Mukhya Mantri Awas Yojana.
On July 17, at least 10 people including women were killed, while over 20 sustained injuries when a village headman and his associates allegedly opened fire at a group of people over a land dispute at Ubbha in Ghorawal area.
In the aftermath of the incident, alleging that more than one lakh hectare land was grabbed by forming fake societies in Sonbhadra under Congress's regime, Chief Minister Yogi had constituted an investigation committee to look into the matter. (ANI)