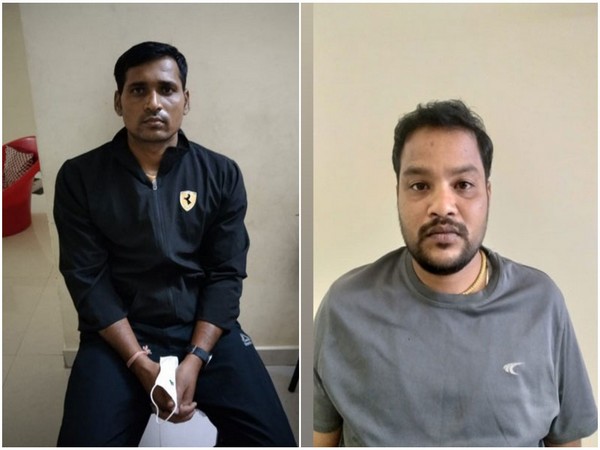 Hyderabad (Telangana) [India], November 21 (ANI): A circle inspector of Kamareddy Police Station has been arrested, along with his associate, for an alleged bribery case here.

Inspector Jagadish, along with his aid M Sujay is accused of demanding Rs 5 lakhs from a complainant.
"On November 19, 2020, a case was registered by DSP, ACB, Nizamabad, Range against Jagadish, Inspector of Police, Kamareddy Police Station for demanding an amount of Rs 5 lakhs on November 6, 2020, through one M. Sujay, resident of Kamareddy to release Bathula Sudhakar on bail and to see that there will not be any harassment against him in future," an official release said.
Prior to this, a case was filed against complainant Sudhakar on November 8 and he was released on the same date.
"On November 8, 2020, a case in Cr. No. 104/2020 under Section of TS Gaming Act, Kamareddy Police Station was registered against Bathula Sudhakar and he was released from Police Station on the same day," the release said.
Soon after their arrest, Jagadish and Sujay were produced before the Special Judge in Karimnagar. Currently, searches are being conducted at various places in connection with this case.
Further investigation is underway. (ANI)