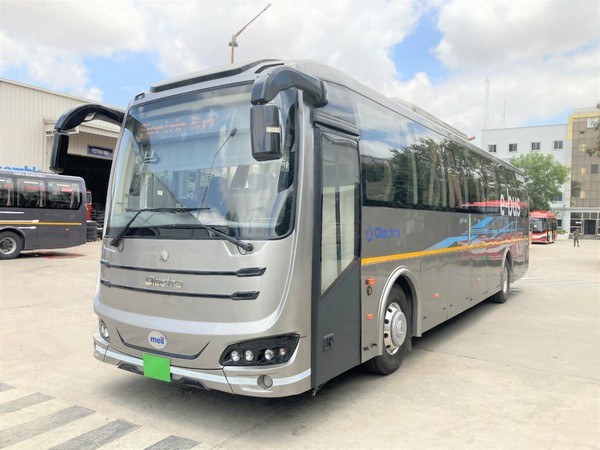 Hyderabad (Telangana) [India], October 14 (ANI): An electric inter-city bus service from Pune to Mumbai and vice-versa was launched on Wednesday.

As per a press release, the "PuriBus" service, initiated by EveyTrans Private Limited, a MEIL group company, will start its operation from October 15, on the occasion of Dussehra.
The government at the state and Centre are encouraging the adoption of electric buses in the public transport system under FAME I and FAME 2 policy initiatives, to curb pollution.
Sandeep Raizada, General Manager, EveyTrans, while mentioning the benefits of newly launched "PuriBus" said, "We are proud and humbled to have been the first to launch the inter-city E-bus services in India. PuriBus can cover up to 350 kms on a single charge, with zero-emission, making it an option for inter-city travel operators, leading to savings in the long run."
The 12-metre long PuriBus has a seating capacity of 45 plus a driver and a co-driver. The bus is also equipped with a television and infotainment system along with Wi-Fi. It also has a Panic Alarm System and Emergency Lighting System for emergency alerts. (ANI)