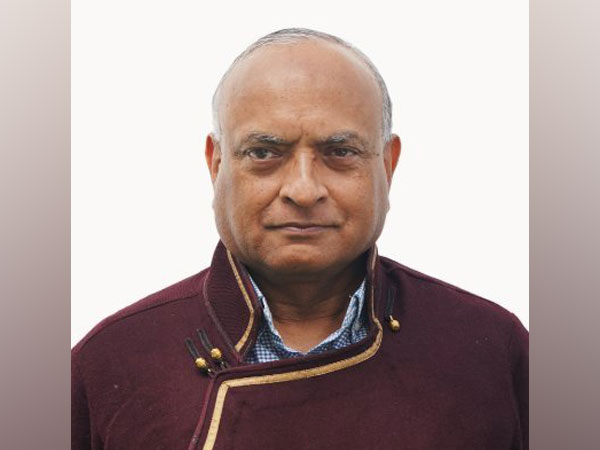 New Delhi [India], October 14 (ANI): Supporting the Centre's decision on expansion of powers of the Border Security Force over a wider area along the borders of three states, retired BSF Inspector General BN Sharma on Thursday said that "internal security is the topmost priority" and that the move would only help to stop drug and arms smuggling and other border crimes.

Extending BSF's jurisdiction to 50 Km from borders in Punjab and Bengal will help to stop drug and arms smuggling and other border crimes, he added.
"We should see or judge the developments only in terms of internal security and the move should be welcome by everyone. It will further improve security in borders," he stated.
Speaking to ANI, Sharma backed the decision and said, "internal security is the topmost priority and BSF is a professional force in guarding the borders. BSF always coordinate with local police in any operations. New powers to BSF will help them to act fast to stop smuggling or cross border crime including drugs and arms smuggling. It is a matter of internal security and it should not be politicized".
"BSF is mandated to check cross border crime. And the situation on the western border is different as compared to the Eastern side. We know how Punjab was affected during militancy for almost ten years and attempts are being made from cross border to smuggle arms and drugs into the Indian territory in Punjab," he added.
"In the present scenario, smugglers are attempting to sneak into Indian territory. In border security, the situation changes in terms of connectivity and mobility. Extending BSF's jurisdiction will help to stop cross border crime. It will help to act swiftly in case of any cross border crime," stated Sharma.
In a move aimed at maintaining "zero tolerance" against terrorism and cross border crimes, the Centre has empowered the BSF to conduct searches, arrest suspects and make seizures up to an area of 50 km inside Indian territory from the International Border (IB) along the India-Pakistan and India-Bangladesh borders.
As per the fresh order, the BSF, which was only empowered to take action up to fifteen kilometres in the states of Punjab, West Bengal and Assam, has now been authorised to spread its jurisdiction up to 50 km without any hurdle or further permission either from central or state governments.
However, its jurisdiction has been cut short by 20 km in the five northeastern states-- Manipur, Mizoram, Tripura, Nagaland and Meghalaya-- where it had jurisdiction up to 80 km. Similarly in Gujarat, the BSF's jurisdiction has been curtailed from 80 to 50 km.
In Rajasthan, the BSF's area of jurisdiction will remain the same at 50 km. An officer of the rank corresponding to that of the lowest rank of member of the BSF is now empowered under the CrPC to exercise and discharge the powers and duties without an order from a Magistrate and without a warrant.
The officer is now empowered to arrest any person who has been concerned in any cognizable offence, or against whom a reasonable complaint has been made, or credible information has been received. A BSF officer has now been given the power to conduct a search of a place entered by a person sought to be arrested in its new area of jurisdiction. (ANI)