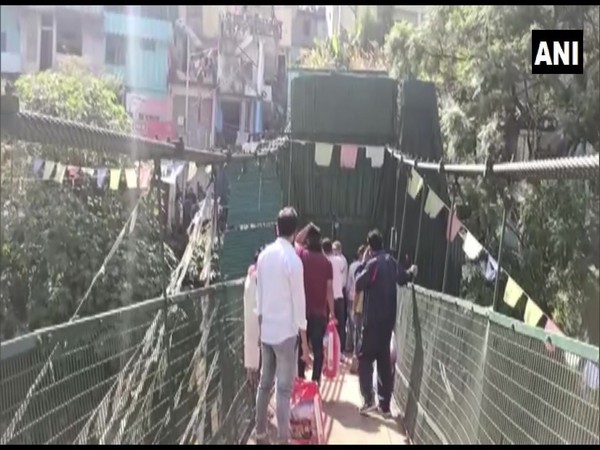 Dharchula (Uttarakhand) [India], October 22 (ANI): The international Suspension bridge in Dharchula has been reopened for three days to facilitate the Nepali citizens who had served the Indian Army and other Indian organisations and wanted to cross over to collect their pensions.

The bridges will remain open for five hours for three days beginning from Wednesday.
Pensioners, who are citizens of Nepal and previously served in the Indian Army or other departments, came to India to withdraw pension from various banks and post offices.
"The bridge was opened from 9 am to 2 pm on Wednesday for Nepali citizens, who had retired from services in India. 238 Nepali citizens entered India for pensions and 151 Indian citizens went to Nepal. The bridge will be closed at 2 pm," Mohan Goswami, Tehsildar, Dharchula, Uttarakhand said.
Dharchula Deputy Collector Anil Kumar Shukla said all such pensioners will be given this facility every month to withdraw money from banks. "At Nepal's request, the bridges were opened for former servicemen in the Indian Army and other retired employees who are citizens of Nepal." (ANI)