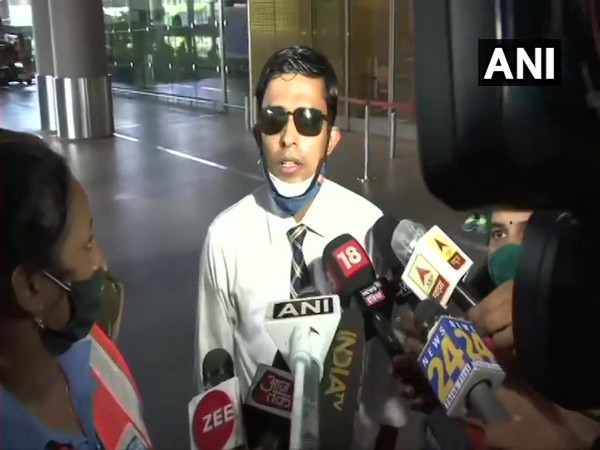 Mumbai (Maharashtra) [India], August 2 (ANI): The investigation in Sushant Singh Rajput death case is moving in the right direction and the Bihar police team is investigating every aspect of the case, said Patna (Central) Superintendent of Police (SP) Vinay Tiwari on Sunday.

After reaching Mumbai, Tiwari, who will be leading the Bihar Police team which is probing the case, told reporters, "The investigation is going in the right direction. Senior officials are also satisfied with our investigation. Our team is conducting a probe here for the past one week. The next step is supervision, for which a senior officer is needed. So I have been sent here. We are here to get all the important evidence and facts. We are taking statements of the concerned people. We are investigating every angle in the case."
When asked about the co-operation from Mumbai police to the Bihar police team, Tiwari said, "I can not say that coordination is not happening. I will meet with my officers and discuss further what will be done in the investigation. We have not received access to documents. We are trying our best."
An FIR has been registered in Bihar's Patna on a complaint filed by Rajput's father KK Singh against actor Rhea Chakraborty under several sections including abetment of suicide. A team of Bihar Police is also in Mumbai to probe the matter.
Rajput was found dead at his Mumbai residence on June 14. (ANI)