ITBP doctors looking after 404 people back from China 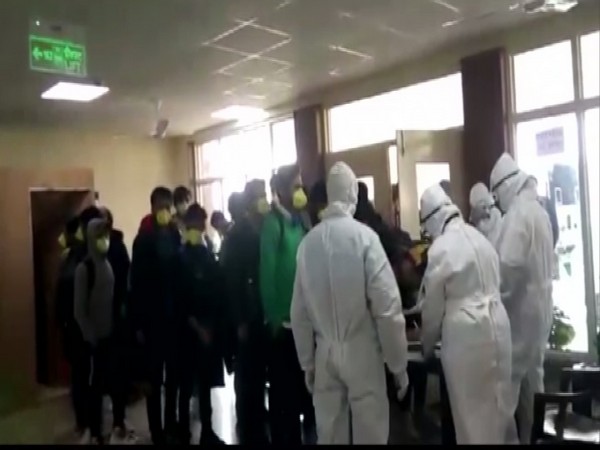 Delhi [India], Feb 2 (ANI): An expert team of doctors from Indo-Tibetan Border Police (ITBP) is looking after the 404 people, who were brought back from China in view of the coronavirus outbreak, at a medical facility in Delhi's Chhawla area.

"A total of 300 people including 200 males, and 100 females who reached this forenoon to Chhawla facility of ITBP, are looked after by the expert team of doctors. Today's arrivals also include seven persons from the Maldives. One female from Bangladesh married to Indian is also in the group," ITBP said in a statement on Sunday.
The ITBP said that there are a total of seven families in the group.
"With this, the total number of quarantine persons at ITBP Chhawla is 404 out of a total of 656 people reached New Delhi since yesterday," the statement said.
"Periodical checkups being done as per medical protocol. All tests are negative until now. Food, bed and other basic requirements are catered. Sufficient amounts of medicines are also kept at the centre," it added.
ITBP said that four isolation beds are also kept ready in case of any situation arises.
Coronavirus has so far claimed 259 lives in China alone, while positive cases have been reported from several countries across the world.
The Central government has also issued a travel advisory, asking the people to refrain from travelling to China. (ANI)