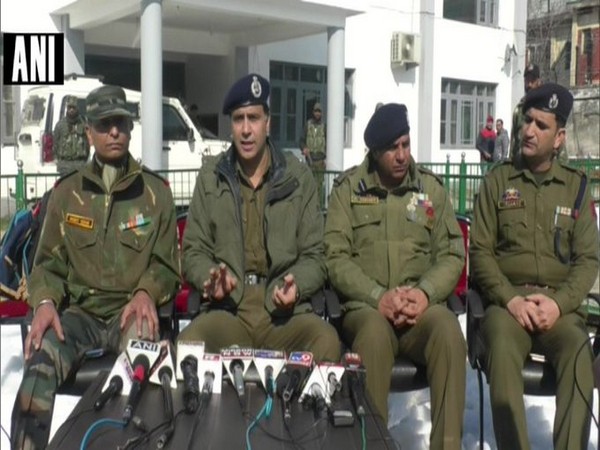 Baramulla (Jammu and Kashmir) [India], Feb 1 (ANI): Jammu and Kashmir has handed over two students, who wanted to cross Lines of Control (LoC) and become "militants," to their families after four-day of counselling.

"Two boys studying in class 11 had left their house after one of them was scolded for not going to tuition. They wanted to cross LoC to take militant training there and become militants. They were intercepted here and we wanted to give them chance, so returned them to their families after 4-day counselling," SSP Baramulla Abdul Qayoom said in a press conference here on Saturday.
Qayoom said that a map of Jammu and Kashmir was also recovered from them. He said that the teens did not reveal why they wanted to become militants despite interrogation. (ANI)