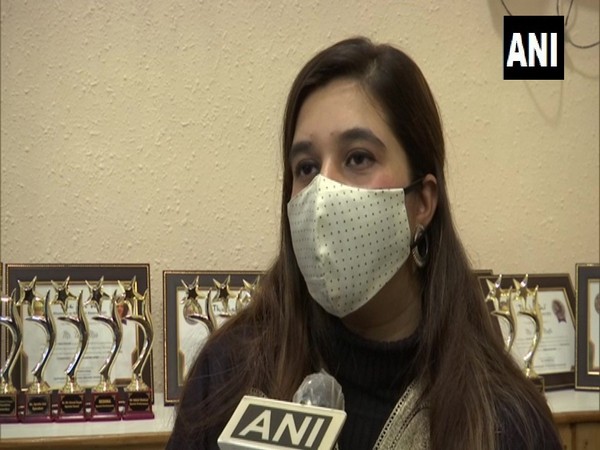 Srinagar (Jammu and Kashmir), [India]. September 14 (ANI): Kashmiri women have been making serious efforts to overcome challenges in the region and have proven themselves in a variety of sectors. Their success shows that despite living in a terror affected area strong efforts can make people march ahead.

From becoming pilots to treating patients or heading an administration, these women have gained success in various fields.
Nearly 90 per cent of women in Kashmir used to believe that becoming an entrepreneur or aiming high was very challenging mostly due to the pressure exerted by society and the fear of the gun, a survey conducted by an NGO prior to the abrogation of Jammu and Kashmir's special status had revealed. However, women in Kashmir during the past few years have overcome the obstacles and have proven to the world that the sky is the limit for them, a news website Daily Sikh reported on Monday.
From ancient times women in Kashmir have always played a pivotal role, powerful leaders like Queen Didda, who ruled over almost the whole of what is Kashmir today, to Krishna Hutheesing, Vijaya Lakshmi Pandit, and Begum Akbar Jahan Abdullah, Kashmiri women have been the inspiration for the generation next, Harjap Singh wrote for Daily Sikh.
In 2000, Nusrat Jahan, born in South Kashmir's Dadoora village in Pulwama district quit her job as a community organiser in Jammu Development Authority to start her own cut-flower business.
Nearly two decades ago she started a small business that has turned into a multi-crore venture with an annual turnover of Rs 2 crore.
Nusrat has come over a lot of challenges as when she started the flower market was not in the boom. But now, in the last two decades, a lot has changed in Kashmir and the demands for flow demand for fresh flowers has increased.
In Kashmir, for women to start and lead the business is not usual as doing business is common for men in the region but not for women.
However, Jahan entered into a men-dominated field and gained immense profit. She has proven beyond any doubt that women can perform better.
Another woman, Arifa Jan pursued a two-year Craft Management and Entrepreneurial Leadership programme years back and received a scholarship by Craft Development Institute. Through this, she went to Kyrgyzstan for specialised training, according to Daily Sikh.
Later, she completed her masters and started working on the Namada--a traditional carpet made by rolling and pressing wool-- revival project, setting up her first business unit at Srinagar's Sekidafar locality in 2012.
In 2014, the US State Department awarded her a US Citizenship Eligibility Certificate for Women Entrepreneurship Programme.
Later, when Arifa returned from the US, she opened two more units in Srinagar's Noorbagh and Nawa Kadal localities.
So far, she has trained over 100 and employed 25 women. Arifa also increased the wages of the artisans from Rs 175 to Rs 450 per day.
In 1994, Captain Sami Ara Surury earned her Commercial Pilot License and became the first Kashmiri woman to fly commercial planes. She hails from Sumbal Sonawari area in North Kashmir's Bandipora district
Captain Sami's family wanted her to become a doctor but she went found her own way.
Initially, Captain Sami applied for a job as a cabin crew and went on to become a commercial pilot. It was not easy for her as during that time the terror activity was at its peak in Kashmir.
She is presently an Airbus pilot, an inspiration to all those young women who dream and aim to fly high.
Another Kashmiri girl named Dr Ruveda Salam inspired women in the region as she cleared the UPSC two times.
In 2013, Dr Ruveda became the first Kashmiri woman to clear the IPS exam. Later, she cleared IAS too.
Dr Ruveda hails from north Kashmir's Kupwara district. She completed her MBBS from Government Medical College, Srinagar and then started preparing for civil services.
In 2018, President Ramnath Kovind awarded Nari Shakti Puraskar to Mehvish Mushtaq to create an android app called 'Dial Kashmir. She became the first Kashmiri to do something like this.
Mehvish pursued B.E in Computer Science from SSM College of Engineering and Technology in Pattan area of Baramulla district in north Kashmir.
These women like many others in Kashmir have proven that the roaring of guns, threats and intimidation by terrorists can't deter someone from pursuing their goals. (ANI)