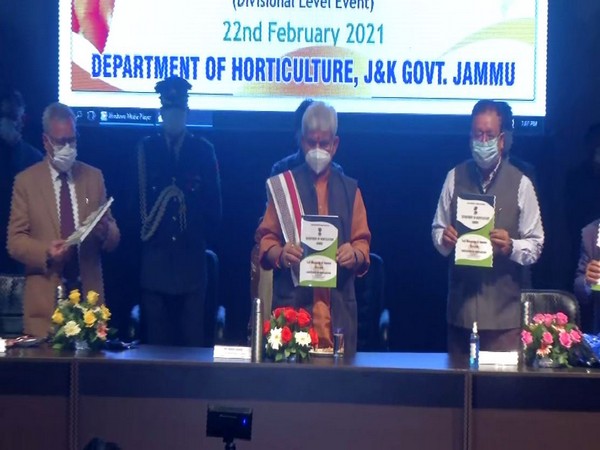 Jammu (Jammu and Kashmir) [India], February 23 (ANI): The agriculture sector in the Union Territory will get more share of the budget component in future as a unique sustainable agriculture plan has been developed in Jammu and Kashmir, which currently caters to all developmental needs without compromising future potential, said Lieutenant Governor Manoj Sinha on Monday.

Sinha, yesterday attended Horti-Expo 2021 at Police Auditorium in Gulshan Ground in the Valley, which was initiated by the Horticulture Department of the UT to make farmers aware of the new technologies of farming adopted by other states.
"We initiate this fair at an individual level and invited other states including Uttar Pradesh, Bihar, Punjab, Himachal Pradesh delegations to presented their stalls. Our aim is to make farmers aware of what is happening around the country," Ram Savak, Director Horticulture Jammu told ANI.
A huge number of farmers took parts in the fair, Tejandar Singh, a farmer said: " It is a good initiative in which farmers get aware about what other states are doing for good crops. It is a good step for the development of the farmers." 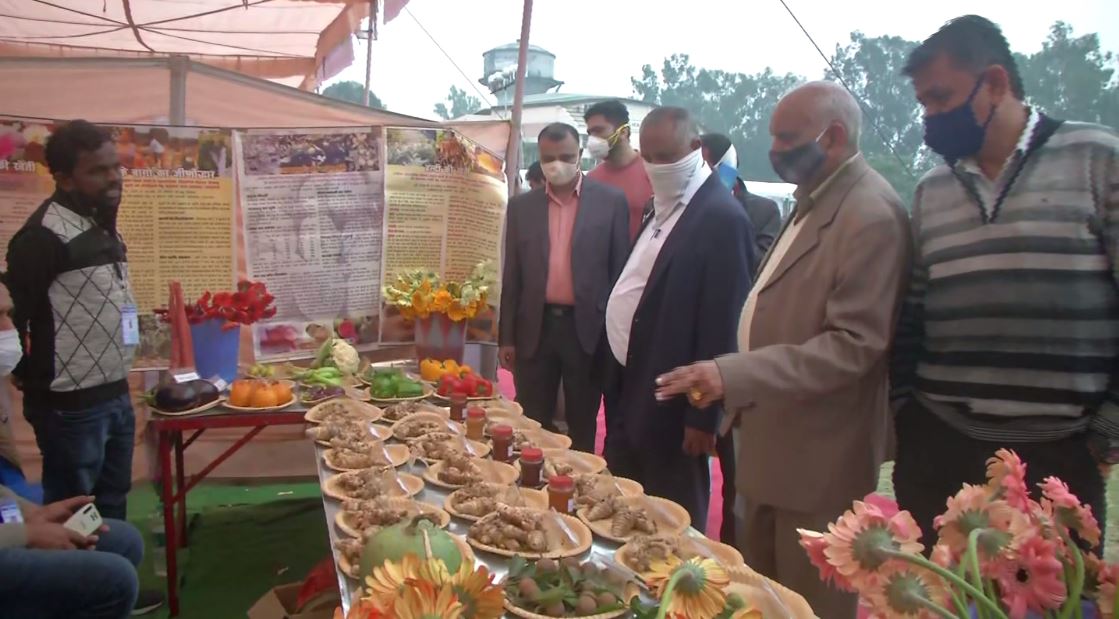 Speaking on the occasion the LG said, "The promotion of local produce and taking it to the global market is one of the key focus areas of the J&K government and it is making continuous efforts to increase the resources and market linkages to further strengthen the horticulture sector. The UT government would continue striving hard to provide the best and advanced technologies to farmers as the welfare of the farmer community and increasing their income manifold is its priority." (ANI)