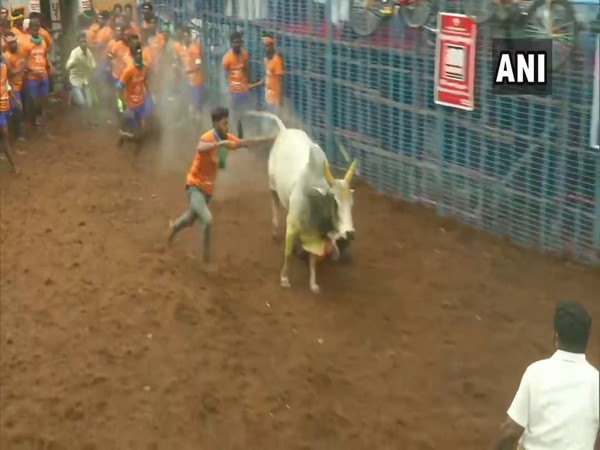 During an event in Avaniyapuram, people in the crowd were seen wearing face masks in the view of COVID-19.
Last year in December, the Tamil Nadu government has granted permission to hold Jallikattu with certain restrictions.
As per the directive, the number of players cannot be more than 150 at an event and COVID-19 negative certificates have been made mandatory for players. The number of spectators has also been restricted to 50 per cent of the gathering.
The Supreme Court (SC) in 2014 banned 'Jallikattu' after a plea was filed by the Animal Welfare Board of India and the People for the Ethical Treatment of Animals (PETA) but the state government insisted that Jallikattu was a crucial part of its culture and identity.
The ban was later lifted in January 2017 with an amendment to the law after massive protests in Chennai. (ANI)