Jamia students, others gather outside police station after firing near university 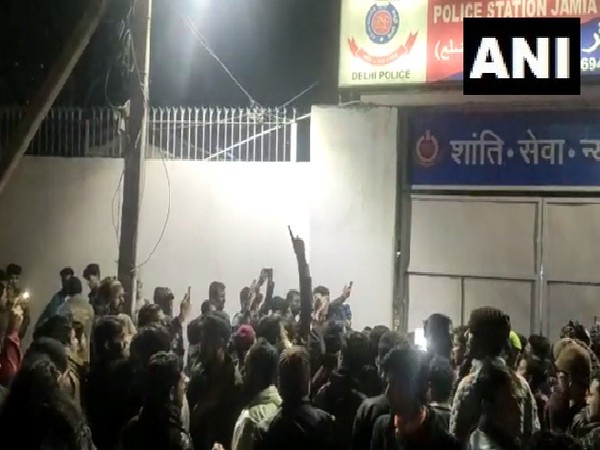 The students returned from the Jamia Nagar police station after their complaint was registered.
People also gathered in protest outside the university following the firing by two scooty-borne unidentified people. The protestors chanted slogans against Delhi Police.
The Station House Officer (SHO) is present at the spot. An investigation is underway.
According to Jamia Coordination Committee, the firing was done by two unidentified persons. One of them was wearing a red-coloured jacket and driving a red colour scooty.
No injuries were reported in the incident.
This is the third firing incident in the national capital in the last few days.
On January 30, a juvenile brandished a country-made pistol and fired at and injured a Jamia student, Shadab Farooq, who was part of the group that was protesting against the Citizenship Amendment Act (CAA) near the university.
The juvenile has been sent to 14-day protective custody by the Juvenile Justice Board.
On February 1, a man, identified as Kapil Gujjar, fired aerial shots at an anti-CAA protest site in Shaheen Bagh. Gujjar's weapon has been seized and sent on police remand for two days by a Delhi court.
No injuries were reported in that incident. (ANI)