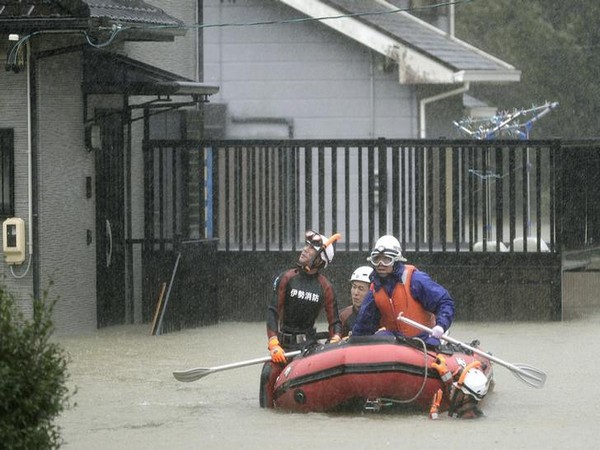 Tokyo [Japan], Oct 12 (ANI): Japan has advised more than 600,000 people to evacuate as it prepares to face the Typhoon Hagibis.

The approaching typhoon is causing havoc throughout Japan.

There are reports of a 50-year-old man dying in a car that was flipped over.

Hagibis has brought heavy rainfall throughout the country ahead of its landfall, including Shizuoka and Mie prefectures, southwest of Tokyo.

A record-level downpour of 700 millimeters fell on Hakone Town in Kanagawa Prefecture and close to 30,000 households in the greater Tokyo area are without electricity.

Meanwhile, hashtag 'pray for Japan' is trending on Twitter as the devastating tornado is unfurling itself.

Earlier in the day, local weather agency issued a high-level rain warning at 3:30 pm (local time) for Tokyo and six other districts in central and eastern Japan.

Japan's Meteorological Agency has placed the approaching typhoon in the 'very strong' category, which is moving northwards over the Pacific towards Japan's main island of Honshu. (ANI)