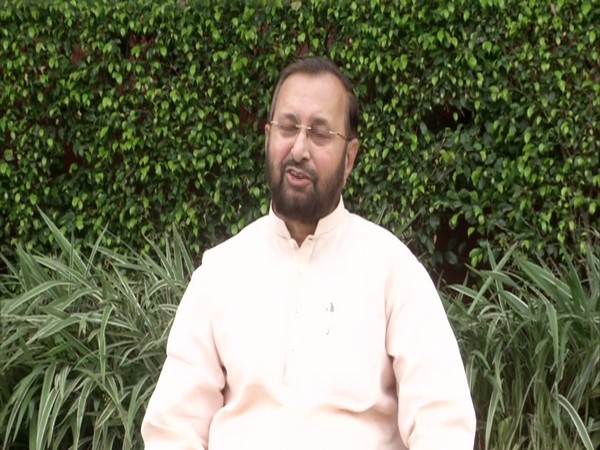 New Delhi [India], October 17 (ANI): Union Environment Minister Prakash Javadekar on Saturday challenged Congress leaders P Chidambaram and Digvijay Singh to mention in the party's manifesto for the Bihar election that they would take back the decision to abrogate article 370 in Jammu and Kashmir.

"Chidambaram and Digvijay Singh say that abrogation of article 370 was wrong and the Congress will take it back. Will they put this in their manifesto?" the Union Minister said at a press conference here.
Javadekar said the Congress party stood with Separatists despite the advancement and improvements that have taken place there in the last year.
"The decision to abrogate 307 was welcomed by the whole country, including the people of Jammu and Kashmir. In the last one year, the Congress has seen how much progress took place. Despite this, they stand with Separatists. Rahul Gandhi praises Pakistan and China in his speeches," Javedkar said.
"The constitution said that Article 370 was only for a short period of time but it stayed for 70 years. Dalits, the elderly, and other backward classes in Jammu and Kashmir now get the benefits of reservation and laws apply to their region along with the rest of the country. Still, Congress is speaking out against article 370," he added.
"I challenge them to go ahead and write this in their manifesto. They are purposefully playing politics over this issue and trying to divide votes and cause disharmony in society," Javedkar added. (ANI)