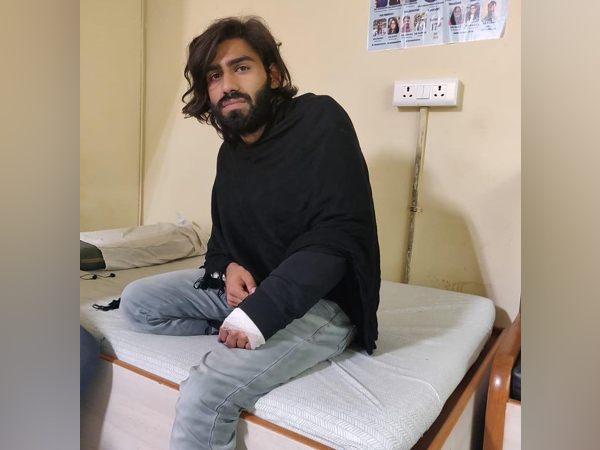 According to a senior doctor, Shadab Farooq's condition was stable at the time of discharge.
Farooq was injured after a man opened fire in Jamia area on Thursday, where protests were going on against the Citizenship Amendment Act (CAA).
The juvenile who opened fire hails from Greater Noida's Jewar according to Police. He was later detained and is being questioned by the police.
Farooq, an MA Mass Communication student, had sustained injuries in his left hand.
"Student has sustained injuries in his left hand. Doctors say he is out of danger. Apprehended person (Gopal) is being questioned," South-East District (Delhi) DCP Chinmoy Biswal had told ANI when asked about the firing incident. (ANI)