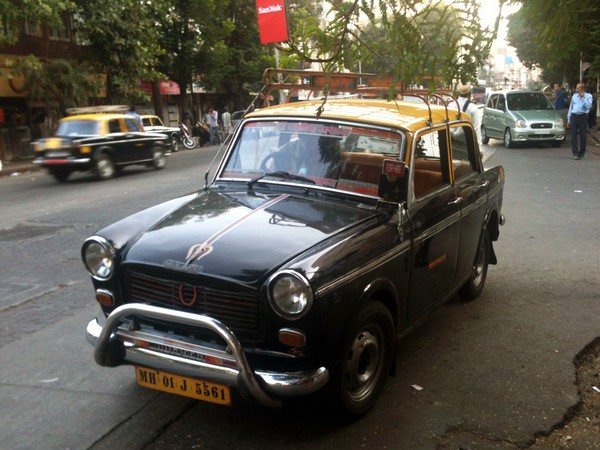 Mumbai (Maharashtra) [India], Oct 12 (ANI): The iconic 'Kali Peeli' Padmini taxis, which reflected a link with Mumbai's past and were portrayed in several Bollywood movies, will become a part of history as they will not be seen on the roads after June 2020.

These cabs have a strong connect with Mumbaikars' heart as these were the lifelines of the city. Fondly known as "kaali peeli" or "Fiat", these cabs display the originality of old Mumbai.
However, in the midst of various cab services and vehicle options available in India now, the number of Premier Padminis has gone down drastically over the years and so it's production.
"The Padminis have dominated the streets since the 1960s. But now there are hardly 50 to 60 cabs on the streets of Mumbai. One of the important reasons for phasing out of these taxis is the lack of spare parts, tyres and repairing tools. The manufacturer has shut down after producing the last batch sometime in the late 1990s," M L Quadros, leader of Mumbai Taximens Union told ANI.
He said that since the RTO rules stated that the maximum life of a taxi can be 20 years, there is no chance of an extension for these cabs.
"In July 2005 when there were severe floods in Mumbai, modern-day cars had problems but Padmini taxis were repaired within 24 hours and they were back on the streets to serve Mumbaikars. Not to talks of mechanics, the cabbie himself repaired the cab," he added.
Quadros would request the state government to put the Padminis in a museum.
A taxi driver said he has been driving this cab from the past 30 years. "There are old customers who prefer this cab due to memories related to it and due to nostalgia. It will certainly mark the end of an era," he said. (ANI)