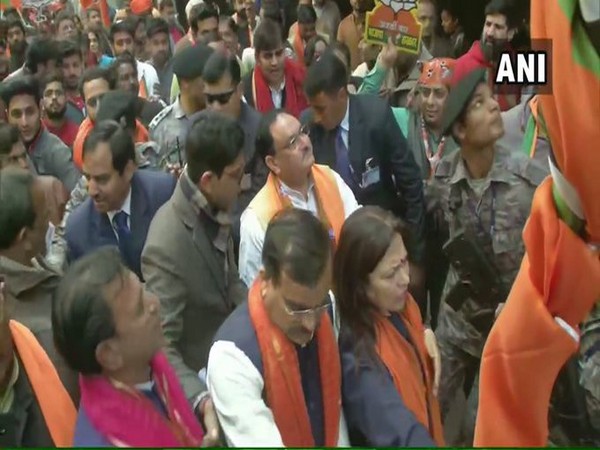 Nadda greeted people and requested them to vote for BJP.
Earlier, Union Minister Prakash Javadekar said that Home Minister Amit Shah will also participate in the campaign.
"Now only five days are left. Sunday being the holiday, most people stay at their homes. Almost one lakh BJP workers will reach door-to-door and tell people what Centre and Prime Minister Narendra Modi has done for the Delhi. We will tell them why a change is necessary," said Javadekar.
"Nadda and Shah will also participate in the campaign," he added.
Voting in all 70 Assembly constituencies of Delhi is scheduled to take place on February 8. Counting of votes will take place on February 11. (ANI)