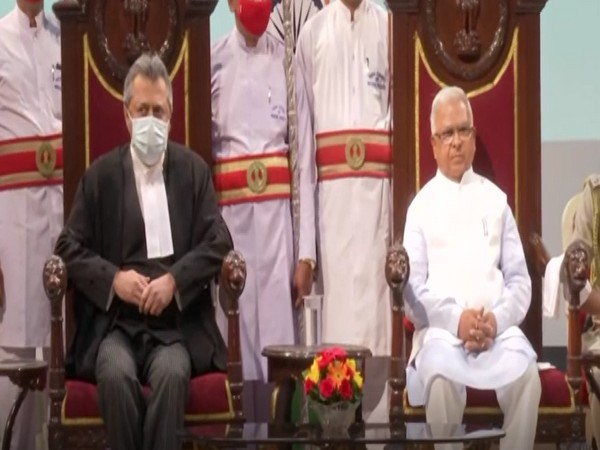 He was administered the oath of office by Governor Mangubhai C Patel at Raj Bhavan.
Justice Malimath, who was earlier acting Chief Justice of Himachal Pradesh, has been elevated as the Chief Justice of Madhya Pradesh High Court.
In July this year, Justice Malimath was conferred with the duties of Chief Justice of Himachal Pradesh High Court after the retirement of Justice Lingappa Narayana Swamy.
Justice Ravi Vijaykumar Malimath, B.Com., LL.B., was enrolled as an Advocate on January 28, 1987. He practised for 20 years before the High Court of Karnataka, High Court of Madras and the Supreme Court of India in Civil, Criminal, Constitutional, Labour, Company, Service cases etc.
He specialises in Constitutional Law and worked in Bangalore University in Bengaluru and Kuvempu University in Shivamogga. He was appointed as an additional judge of the Karnataka High Court on February 18, 2008, and a permanent judge on February 17, 2010. He was transferred to Himachal Pradesh High Court on January 7, 2019. (ANI)