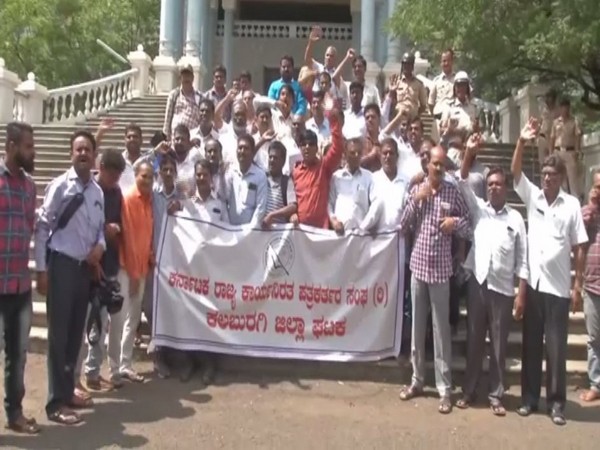 Kalaburagi (Karnataka) [India], Oct 12 (ANI): Karnataka State Working Journalist Union on Saturday staged a protest in front of the district commissioner office in Kalburagi against the ban on live telecast of House proceedings.

"Speaker has banned electronic media in state assembly. We have protested against it. The government should take the decision back," Baburao Yadrami, a local journalist told ANI.
On Friday, scribes from different Kannada news channels and national media representatives had on Thursday met Kageri at his chamber in Vidhana Soudha and submitted a memorandum asking the Speaker to take back his decision.
As per the order, only Doordarshan cameras are allowed inside the Legislative Assembly. (ANI)