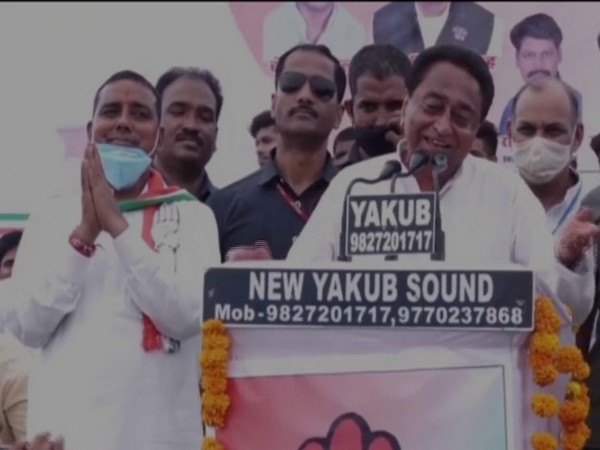 "Suresh Raje ji hamare ummeedvar hai...yeh uske jaise nah hai...kya hai uska naam ... main kya uska naam lun? ...apko toh mujhe pehle savdhan karna chahiye tha ... yeh kya item hai... (Our candidate is not like her... what's her name? You know her better and should have warned me earlier... What an item!), Kamal Nath said in Hindi while the crowd called out Imarti Devi's name.
The former chief minister was addressing a campaign rally in Dabra for Congress candidate Suresh Raje. Imarti Devi is also contesting on the BJP ticket from Dabra.
Chief Minister Shivraj Singh Chouhan lashed out at Kamal Nath's feudal mentality and said that Imarti Devi was a poor farmer's daughter, who had risen up on her own.
The BJP has also lodged a complaint with Election Commission against the former chief minister for his comments
Shivraj Singh Chouhan tweeted: "Kamal Nath Ji! Imarti Devi is the daughter of a poor farmer who started her career by engaging in labour in the village and today she is contributing to nation-building by working as a public servant."
"Congress called me 'Bhookha-Nanga' (impoverished) and used a term like an 'item' for a woman. This reflects their feudal mindset," he added.
Congress leader Dinesh Gurjar had last Sunday addressing an election meeting used the term "bhooke-nange ghar ka" which means hailing from an impoverished family for chief minister Shivraj Chauhan alleging he had amassed huge wealth by ripping off farmers. A First Information Report (FIR) has been registered against Gurjar for his remarks.
Meanwhile, BJP MP chief VD Sharma also lashed out at the former chief minister for insulting the women of Madhya Pradesh."
Twenty-eight assembly seats will go for by-polls in Madhya Pradesh on November 3. (ANI)