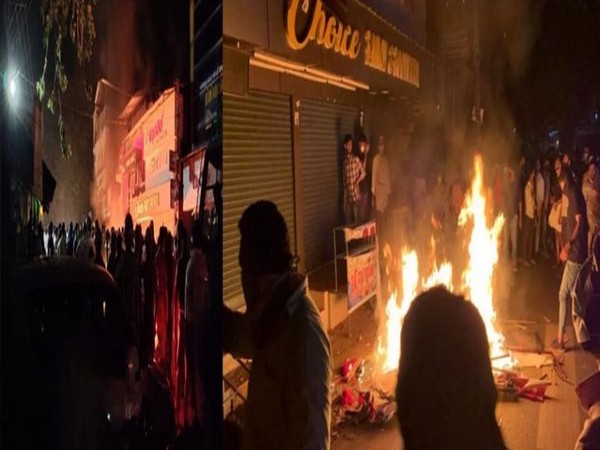 Kannur (Kerala) [India], April 8 (ANI): Kannur district Collector TV Subhash has called an all-party meeting on Thursday at 11 am after violence broke out in the district following the killing of an Indian Union Muslim League Worker (IUML) allegedly by Communist Party of India (Marxist) CPI(M) activists.

According to police, after the funeral procession of 22-year-old Youth League worker, Mansur, who was killed in the clash, violence broke out and many CPI(M) offices were attacked.
CPI(M) offices in Peringathur were set on fire. Apart from this, the Panoor Town Branch Committee Office and the Achimukku Branch Committee Office were also destroyed by fire yesterday night.
Police said that six party offices belonging to CPI(M) were vandalised in Chockli and Kolavellur regions and that the situation is now under control.
After the arrest of CPI(M) activists in connection with the murder of Mansur, police also took into custody IUML workers in connection with the attacks on CPI(M) party offices.
The Kannur district Collector has called the all-party meeting to ensure peace in the region that has witnessed much political violence in the past. (ANI)