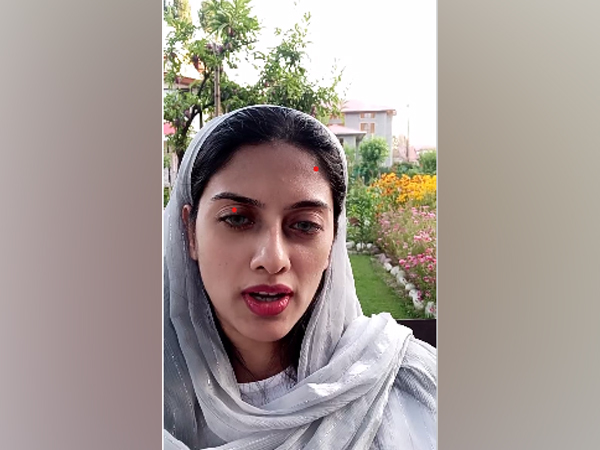 Srinagar (Jammu and Kashmir) [India], June 30 (ANI): On the deadly attack at Karachi Stock Exchange on Monday morning, a Kashmiri social activist and journalist warned that the incident is a stark reminder to all those in Pakistan supporting Jihad and attacked Pakistan prime minister Imran Khan for ignoring development agenda in Balochistan.

Yana Mir, the editor-in-chief of The Real Kashmir News, said, "Karachi Stock Exchange attack is a reminder to all those in Pakistan supporting Jihad. Remember @imrankhan that Youth is restless and they want development agenda. These young boys of BLA are also looking for a life which is settled and peaceful. Wake up Imran Khan and you Kashmiris also. Pakistan is going to finish you. Open your eyes."
Four heavily armed terrorists attacked the busy Pakistan Stock Exchange building in Karachi with grenades today, killing four security guards and a police officer before being shot dead in an exchange of fire, authorities said.
The terrorists, who arrived in a car, stormed the Karachi Stock Exchange building by firing indiscriminately and lobbed grenades at the main gate of the multi-storey building situated in the city's high-security commercial hub.
Balochistan is a well-known region rich in natural resources but the Balochis have always been deprived of basic facilities. No hospitals are available in Balochistan. If there are some then medical facilities and equipment are not available in hospitals. The education system is pathetic and similar is the case with the infrastructure: the roads, water system, agriculture and almost all fields of life.
It is pertinent to mention that enforced disappearances and abductions by the Pakistani military establishment have also been carried out regularly and for innumerable times in Balochistan. Leaders, activists, and vocal members of various student organizations have been detained by the security forces and kept in confinement. While others have been shot dead.
This crime against humanity has been going on for so long and so systematically in Balochistan that it has come to be considered as a normal state of affairs in the province. Many social and human rights activists have flagged the issue of oppression by the Pakistani establishment before the United Nations and other international agencies.
According to the Commission of Inquiry on Enforced Disappearances, an entity established by the Pakistani government, about 5,000 cases of enforced disappearances have been registered since 2014. Most of them are still unresolved.
Independent local and international human rights organisations put the numbers much higher. Around 20,000 have reportedly been abducted only from Balochistan, out of which more than 2,500 have turned up dead as bullet-riddled dead bodies, bearing signs of extreme torture.
Before being elected as Prime Minister, Imran Khan had admitted in multiple interviews about the involvement of Pakistan's intelligence agencies in enforced disappearances as well as extrajudicial killings and vowed to resign if he was unable to put an end to the practice, holding those involved responsible. But times have passed and only reports are available to narrate the true story. (ANI)