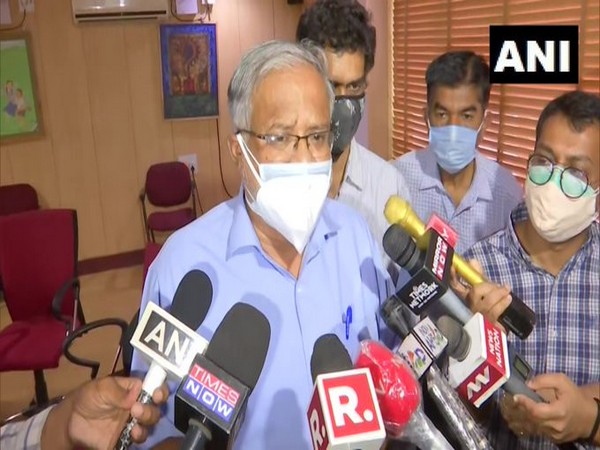 Bengaluru (Karnataka) [India], June 4 (ANI): The Karnataka government said on Friday that it has cancelled the II Pre University College (PUC) examination due to the prevailing Covid-19 situation in the state.

While addressing the media, Karnataka Primary and Secondary Education Minister S Suresh Kumar said that Karnataka Board Exams 2021 for the II PUC exams have been cancelled. Karnataka Secondary School Leaving Certificate (SSLC) Exams 2021, however, would be conducted in the third week of July.
"No student will fail in class 10th and 12th. Evaluation will be according to grades," said the state Education Minister.
While informing that the department will release the guidelines in the coming days, Sureshkumar said if a student is not satisfied with this result, he/she can appear for the exam which will be conducted after the Covid wave is contained.
"Students who enrolled themselves as private and repeaters can appear for the exam, which will be conducted in the coming days. Results of repeaters and private students cannot be declared due to lack of proper records maintained by the department," he said.
On conducting SSLC Examination, the Minister said that conducting an examination in the usual elaborative manner during these troubled times poses a lot of risk for the student community. Their lives are most precious for us and their health assumes paramount importance. However since we don't have previous assessment models for these students, it is inevitable for us to somehow evaluate their performance and hence a most simple solution has been formulated.
"This year, in SSLC Examination question paper will contain only multiple-choice questions and answer papers will have optical mark readers. Each subject will be for a maximum of 40 marks. Only two exams would be conducted - one would be language while the other would be a multiple-choice question on science, math and social sciences. The examination would be held for a three-hour time between 10.30 and 1.30 on a designated day," he said.
He also said that they are doubling the examination centers this time. Last year there were 3000 centeres and would be doubled to 6000 this year with only 100 students to each center.
"Only 12 students per room would be accommodated and only one student per desk. At least a six feet distance will be maintained between each student. We will adhere to SOP and constant guidance from the health department in conducting these exams," added the state minister.
He also said that there won't be supplementary exams this year and grades will be awarded as A B and C based on the marks We will publish the model question paper on our website shortly.
Also, the pandemic-induced lockdown in Karnataka has been extended till June 14, Karnataka Chief Minister BS Yediyurappa said on Thursday.
Under the lockdown, essential stores are functional from 6 am to 10 am, and the movement of people has been restricted except for emergencies and vaccination purposes.
According to the official data, there are 2,93,045 active cases of COVID-19 in Karnataka.
Several state governments have already cancelled the Class 12 state board examinations in view of the prevailing COVID situation.
The Central government on Tuesday, during a review meeting chaired by Prime Minister Narendra Modi, decided that class XII board exams of CBSE would not be held this year in view of the uncertain conditions due to COVID-19 and the feedback obtained from various stakeholders. (ANI)