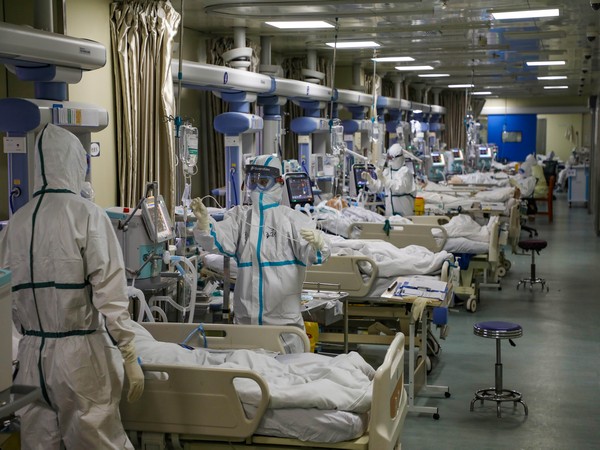 Hubballi (Karnataka) [India], May 5 (ANI): As many as five patients suffering from Covid-19 and under intensive care at Shri Bhanji D Khimji Lifeline Hospital died on Tuesday allegedly due to shortage of oxygen.

The patients reportedly died within a span of one and a half hours, starting at 3 pm.
However, the district health officer Dr Yashwant Madinkar, who visited the hospital, dismissed the allegation that the deaths occurred due to shortage of oxygen and said a committee of experts would investigate the matter.
The Deputy Commissioner of Police (Law and Order) Ramarajan said a clear picture would emerge only after a medical inquiry.
Both the officials visited the hospital following the deaths.
Earlier on Monday, over 24 patients, including several COVID-19 patients, died at a government hospital in Karnataka's Chamarajanagar district allegedly due to shortage of oxygen.
As Covid-19 cases surge, several hospitals across the country have been reporting a shortage of oxygen and due to that many people admitted there have lost their lives.
Meanwhile, Karnataka on Tuesday reported 44,631 new COVID-19 cases and 292 deaths, the health department said. (ANI)