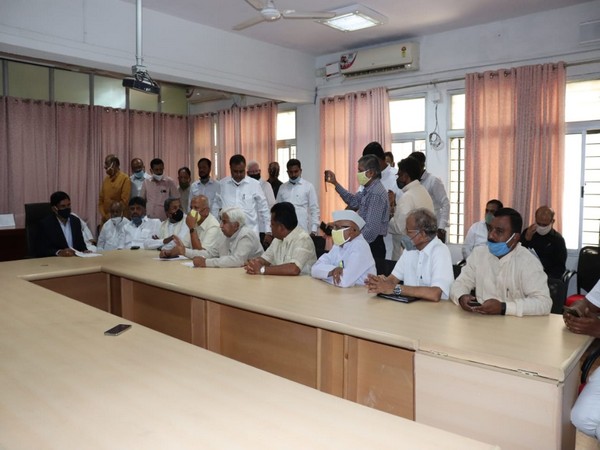 Bengaluru (Karnataka) [India], May 22 (ANI): Karnataka Congress delegation met Chief Election Commissioner, Dr B Basavaraju in Bengaluru, urging him to guide Karnataka Government to conduct local body elections and not to allow State government to nominate their party men to the local bodies.

The delegation was led by Congress leader Siddaramaiah and Karnataka Pradesh Congress Committee (KPCC) president D K Shivakumar.
"They (State government) wants to postpone the election, they have a lot of other provisions. We are demanding to protect the law, the government doesn't have the power to interfere in the system. We will not allow the state government to nominate their party men. The CM and his entire team is responsible for this, they are killing the democracy and Panchayati Raj system of the State," said Shivakumar while speaking to the reporters.
The local body elections were scheduled to take place in the month of March or April, which were postponed in view of the COVID-19 crisis.
However, the date for conducting the local body elections has not been decided yet. (ANI)