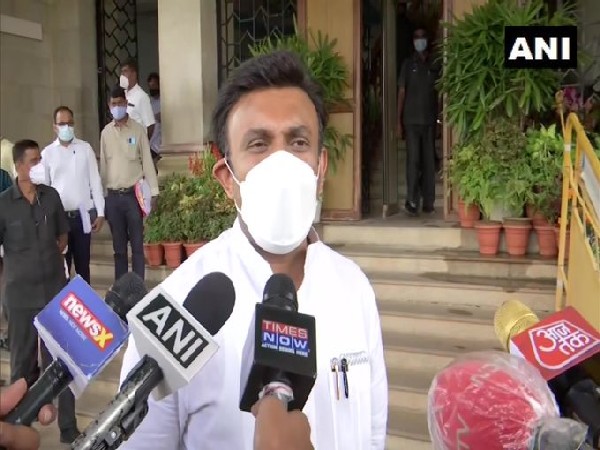 Bengaluru (Karnataka) [India], September 15 (ANI): Amid increasing cases of viral fever in Karnataka, the state health minister K Sudhakar on Wednesday said that officials have been instructed to take all the necessary steps to contain the outbreak.

Addressing the media, Sudhakar said that ILI (influenza-like illness) is an infection that is witnessed every year during monsoon. "This year also, we are witnessing the same. We are closely watching the situation and also taking inputs from all the government and private hospitals," he stated.
"There has been a marginal increase in ILI and viral fever cases. But when these patients are tested for Covid-19 according to the protocol, it is a relief that 99.5 per cent of them are reported negative. So, in Covid-19 perspective, we are relieved. But we are watchful and taking all necessary precautions," he added.
The minister also said that the state is planning an aggressive blood donation and vaccination drive on September 17 in view of Prime Minister Narendra Modi's birthday.
"We have also come up with a vision document on complete healthcare that will be handed over to the prime minister on his birthday. This will be a special gesture from Karnataka as no previous prime minister has given such a thrust to the health sector," he added. (ANI)