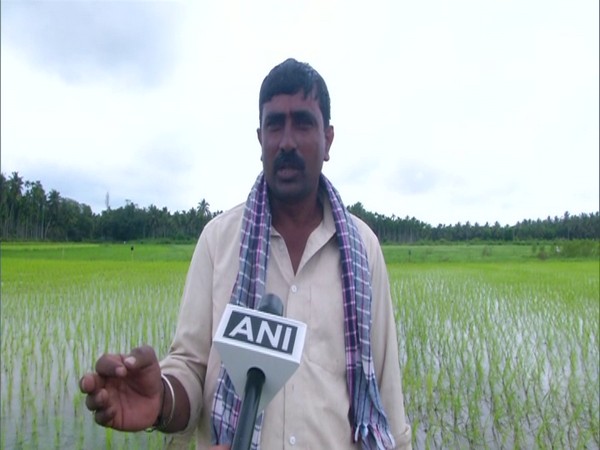 Shivamogga (Karnataka) [India], August 2 (ANI): With the Western Ghats, also known as the Malnad region, witnessing deficit monsoons over the past three decades, Shivamogga in Karnataka is also bearing the brunt of the rain gods this year, environmentalist Shekhar Gowler said on Sunday.

"Since the 1930s, rainfall has decreased not just in the Western Ghats but also across the country. More specifically, the last 30 years have seen a drastic decrease in rainfall. Reports like the Madhav Gadgil Report and Kasturirangan Report on the Western Ghats play a very important role in the preservation of the region. Shivamogga has seen a few showers here and there, with the highest rainfall in recorded at Hulikal village but there is no sign of the much-needed prolonged downpour," Karnataka-based Gowler told ANI.
"The Western Ghats are considered the water towers of our country, with over 40 - 45 river running through the entire region. Almost all of them flow through south Indian states like Kerala, Andhra Pradesh and Tamil Nadu and every district is dependent on the Western Ghats for water," he said.
"More importantly, we should look out for farmers who are solely dependent on the monsoon rains for their livelihoods. About 70 per cent of all south Indian farmers need nature's natural process to take place otherwise they will not have any means of income. The Western Ghats and monsoon rains have a very close link. By protecting the ghats, we also ensure the timely occurrence of monsoon rains," Gowler said.
According to Satish, a farmer in Shivamogga, the absence of rain this year is highly unusual.
"I have never seen this condition before, this is not the usual condition of the Malnad rain. It will definitely affect middle Karnataka," he said.
Ramesh, another farmer in the area said, "Devanagere, Chitradurga and Bellary districts will be affected by the deficit of rain in the Malnad. I have been farming in Shivamogga for decades but I have never seen this kind of irrational weather condition."
The India Meteorological Department (IMD), Bengaluru Director CS Patil had earlier informed that central Karnataka would receive deficit rainfall this year. (ANI)