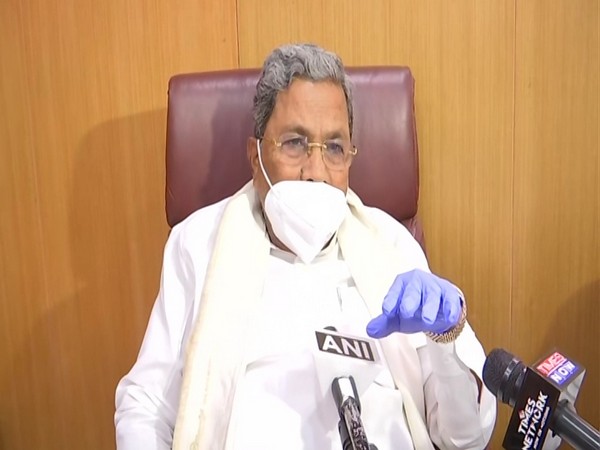 In a series of tweets, the Congress leader and former Chief Minister said that only an enquiry by an independent institution will reveal the truth about the incident and ensure justice to families of victims.
"Dr Sudhakar K is lying by saying only 3 patients died due to oxygen shortage. 28 patients died in Chamarajanagar alone yesterday due to oxygen shortage. The govt is trying to fool the entire nation," he tweeted.
"350 oxygen cylinders are required each day to treat the patients in Chamarajanagar hospital but the hospital received only 126 cylinders on Sunday. This led to oxygen being exhausted by evening killing 28 patients," Siddaramaiah added.
He said that Chamarajanagar District Commissioner (DC) and Health officers have conceded in the meeting that the death of 28 patients was due to a shortage of oxygen only. "But the government has its own version. What do Dr Sudhakar K and BS Yediyurappa say about this?" he asked.
"Chamarajanagar DC, Health and Family Welfare and Medical Education Minister are giving contradictory statements about Chamarajanagar hospital oxygen shortage crisis. An enquiry should be conducted for the truth to come out and those responsible for this crisis should be held liable," he tweeted.
"I urge the Karnataka government to initiate a judicial investigation into the Chamarajanagar oxygen shortage incident. Only an enquiry by an independent institution will reveal the truth about the incident and ensure justice to the families of victims," the Congress leader said in another tweet.
Siddaramaiah wrote, "Chief Minister BS Yediyurappa along with Minister for Health and Family Welfare and Medical Education Dr Sudhakar K and District in-charge Minister S Suresh Kumar should take moral responsibility for the disaster and immediately resign."
And added, "District in-charge minister S Suresh Kumar has not conducted any meeting with the officers or visited even once regarding Covid-19 preparations. How many more lives have to be sacrificed for the minister to wake up?"
Over 24 patients, including several COVID-19 patients, died at a government hospital in Karnataka's Chamarajanagar district allegedly due to the shortage of oxygen.
Chief Minister BS Yediyurappa has spoken to the district collector over the incident and called an emergency Cabinet meeting on Tuesday.
Karnataka on Monday reported 44,438 fresh coronavirus cases, including 22,112 in Bengaluru Urban. There are currently 4,44,734 active cases in the states. The death toll stands at 16,250, including 239 in the last 24 hours. (ANI)