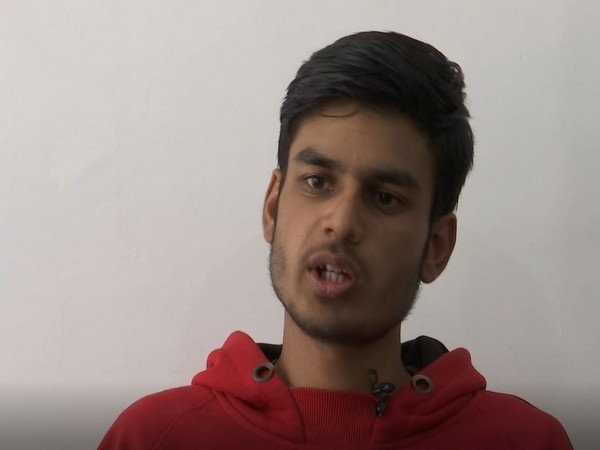 Budgam (Jammu and Kashmir) [India], October 17 (ANI): A young Kashmiri is not just doing the Union Territory proud, but the country altogether by winning global praise for his jaw-dropping football trick shots, many of which are viral on social media.

Recently Shah Huzaib, a Class 11 student from Charar-Shareef area of Budgam district, became the first participant from Jammu and Kashmir in an international football trick-shot competition, organised by Cristiano Ronaldo Fragrances.
Aspiring to become a successful football trick-shot artist, Huzaib started nurturing his skills since 2016. "Initially I wanted to play cricket but after trying my hand (read feet) at football with my cousins, I started enjoying this sport unlike anything else," Huzaib told ANI.
But he decided to try trick shots after seeing a youtube video. After emerging as the fourth runner up in the international event, the youth's videos started becoming viral as the 'Kashmiri trick-shot artist'.
With firm support from his family and friends, who encouraged him to make videos and utilise social media, Shah began to propagate his talent of playing football trick shots online. He has about 300 posts on social media that have a huge following.
Huzaib's passion for trick shots has only emboldened his dreams of a future where his talent would attract people on a national scale and inspire them.
"Huzaib's football skills have inspired the youth of Kashmir to try something different and succeed at it. I request the J&K administration to provide him with all sporting amenities," Syed Burhan, the young footballer's friend, told ANI. (ANI)