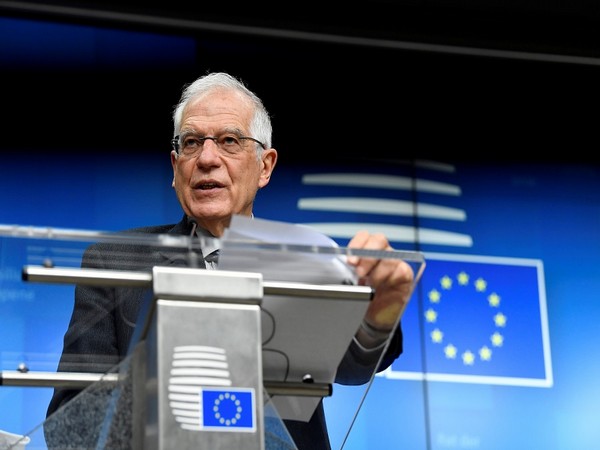 Brussels [Belgium] October 13 (ANI): A Kashmir group has asked Josep Borrell Fontelles, Vice-President of the European Commission, to clarify his position on recognition of the Taliban as the legitimate government of Afghanistan.

Speakers and participants at a conference held under the aegis of the United Kashmir People's National Party (UKPNP) have sent a memo addressed to Borrell, High-Representative of the Union for Foreign Policy and Security Policy, with this request, according to EU Today.
On September 14, Borrell had indicated that the bloc is prepared to recognise the Taliban as the legitimate government of Afghanistan, further indicating that the European Union (EU) has no option but to talk to Afghanistan's new rulers, and that he will try to coordinate with member governments to organise a diplomatic presence in Kabul, the letter said.
"Would the High Representative [Borrel] please advise us of his current position on this matter?" the letter added.
The letter came from the participants of the conference which was chaired by Jamil Maqsood at the Press Club in Brussels, EU Today said.
Maqsood is a human rights activist and senior official of the UKPNP.
The conference had also called upon the government of Pakistan to criminalise those human rights abusers who openly eulogised extremism and terrorism online.
Calling on the Pakistan government to give equal representation, the conference stated that women must be allowed to fill 33 per cent of the seats in all policy-making institutions, including political parties, according to EU Today. (ANI)