Kejriwal has done nothing for Delhi except spreading lies: Amit Shah 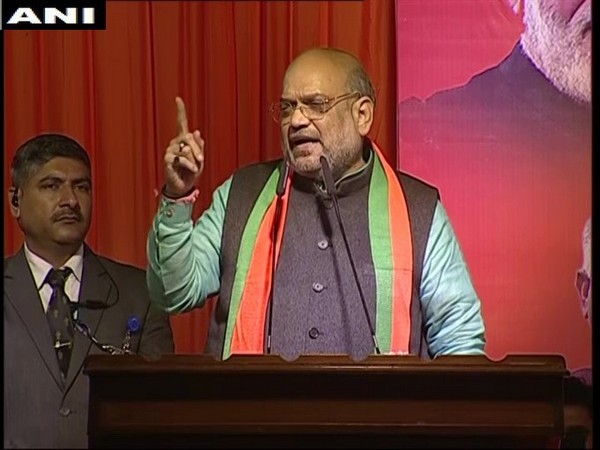 New Delhi [India], Feb 2 (ANI): Union Home Minister and BJP leader Amit Shah on Sunday slammed Delhi Chief Minister Arvind Kejriwal, saying that he has done nothing in the name of development for the city-state and has only spread lies.

The Union Minister, who was addressing a rally here, said: "Kejriwal did nothing for the development of Delhi. He has only spread lies in the name of development. Had Hitler been alive today, Kejriwal would have left him behind in doing false propaganda."
The Minister further said the Delhi Chief Minister would have achieved the first position in lying had there been any such competitions.
"There have been competitions amongst states in various fields. Did Kejriwal come first in any of these competitions in the last five years? Had there been a competition of lying, he would have stood first," said Shah.
The national capital goes to polls on February 8. The counting of votes will take place on February 11. (ANI)