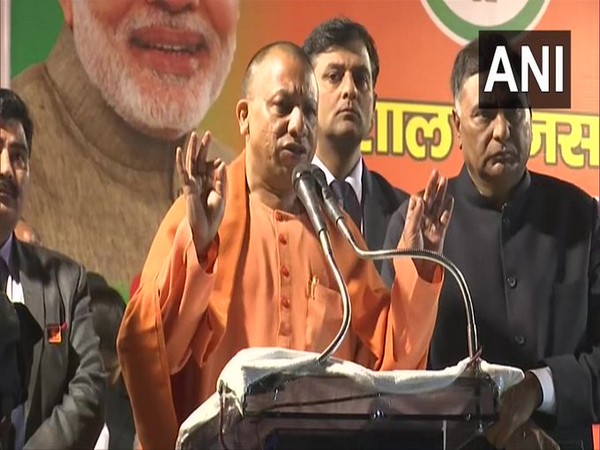 Addressing an election rally in Badarpur here, Adityanath said, "Arvind Kejriwal and his aides, while being in the government, are trying to create anarchy in Delhi by orchestrating incidents like Shaheen Bagh."
He said they (Kejriwal and his aides) wanted to protest against the construction of Ram Temple in Ayodhya.
"Protest at Shaheen Bagh is just an excuse. What they really wanted was to protest against abrogation of Article 370 and construction of Ram temple in Ayodhya," Adityanath said.
Adityanath was campaigning for the BJP in fray for the upcoming assembly election in Delhi, which is scheduled to be held on February 8. The counting of votes will take place on February 11.
"In the last five years, Arvind Kejriwal-led government could not give enough schools to the city but they did allow liquor stores in every mohalla," he added.
He said Kejriwal did not implement any of the central government's schemes in the city.
Talking about Kanwariyas, Adityanath said: "We do not obstruct anyone's festival or faith. Everyone should get to celebrate festivals. But if anyone opens fire at Lord Shiva devotees or causes riots... If they don't listen to talks, they will surely listen to bullets of police."
The Aam Aadmi Party (AAP) on Sunday petitioned the Election Commission to bar the Uttar Pradesh CM from campaigning in Delhi over his incendiary remarks and allegations against Delhi CM Kejriwal. (ANI)