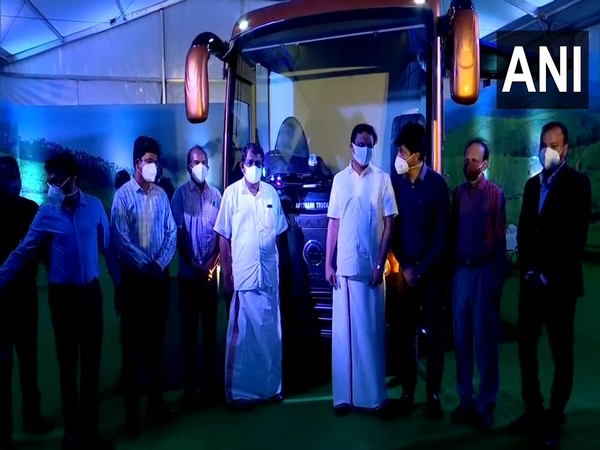 Tourism Minister P A Mohamed Riyas and Transport Minister Antony Raju jointly launched the functional Tourist Caravan, the first of its kind in the coach industry, at an event here.
The tourism minister said that after the introduction of houseboats in the 1980s, now it's a big leap forward with the introduction of Caravan Tourism. Riyas said, "This caravan has been launched within a week of the announcement of caravan policy by the state government."
He said that Caravan Park will be started across the state. "It will also generate employment. It will also promote unexplored tourism destinations."
"Under Kerala's caravan policy, many companies and individuals are ready to launch their caravan vehicles that would connect the caravan parks," said the state tourism minister.
Transport Minister Antony Raju said both Tourism Department and Transport Department are working together on the project. (ANI)