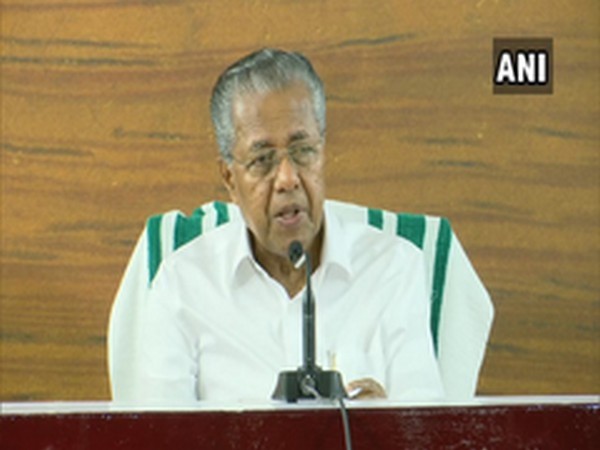 "Kerala Chief Minister Pinarayi Vijayan will hold press briefings through video-conferencing from March 26," said a government source.
The source also said that this decision has been taken to avoid a large gathering during press briefings.
Meanwhile, the total number of COVID-19 cases has reached 118 in the state.
According to the Ministry of Health and Family Welfare, the total number of positive COVID-19 cases in India reached 606, including 43 foreign nationals. (ANI)