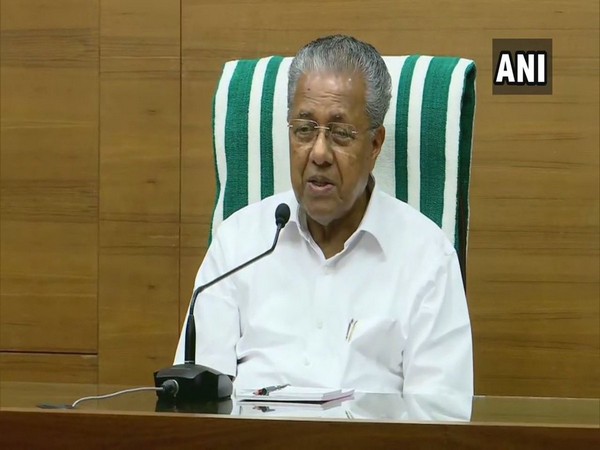 Thiruvananthapuram (Kerala) [India], Feb 3 (ANI): Kerala Chief Minister Pinarayi Vijayan on Monday raised concerns of the state in the Assembly regarding proposed amendment of section 6 of the Income Tax Act, 1961, which lays down conditions for residential status for tax purposes in India.

"With the amendment, those working in foreign countries will have to stay abroad for 240 days per year instead of 182 days as at present, for retaining their non-resident status. The proposed reduction of the period from '182 days or more' to '120 days or more' will adversely affect professionals leaving for employment from Kerala particularly in Gulf countries," said Pinarayi Vijayan in the state assembly.
He said those running partnership business abroad and working in areas like oil rigs, will be most affected.
"I have written to Prime Minister Narendra Modi raising Kerala's concerns as the state's economy is substantially supported by remittances, especially from those in the Gulf countries. Also, I have written letters to MPs requesting them to raise the issue in Parliament," he said.
Congress members in the House also raised their concerns regarding the proposed amendment.
In the letter written to Prime Minister, the Chief Minister said, "Most of the people working in the countries of the Gulf Region, from Kerala, are having homes and families in Kerala. They visit and stay in their home state to look after domestic affairs. Tax Evasion is not their intention and they do not fall in the category of persons who shift their bases to escape taxes.'
Further, the letter read, "Most of the persons from Kerala working in the Middle East are doing medium scale businesses there. They have the responsibility of taking care of their families who are here. Such persons will be hard hit by the amendment to section 6 of the Income Tax Act 1961, which proposes to reduce the stay period for residential status from 182 days to 120 days". (ANI).