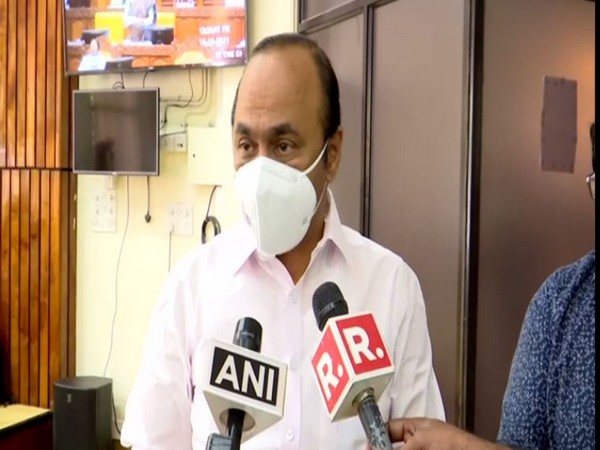 Thiruvananthapuram (Kerala) [India], October 14 (ANI): After staging a walkout from Kerala Assembly over the demand to discuss semi-high speed rail network between Thiruvananthapuram and Kasaragod, Leader of Opposition (LoP) VD Satheesan alleged that the Kerala government is going to acquire land for the project that has not received approval from the Central government so far.

Speaking to reporters, Satheesan said without the Centre's permission, the Kerala government is going for the land acquisition.
"The Semi-high speed rail project, called as K-rail project, has not received permission from the Central government and the Indian Railways. Before getting the permission, the Kerala government is going for the land acquisition," he said.
The Opposition leader said that there is no detailed project report (DPR) and comprehensive environmental study on the project.
"Social impact study has not been done so far. Out of the 500-km rail project, over 300 km need 30 feet embankments. These embankments will create several ecological problems. We demanded a DPR on this project."
Satheesan further said, "For this project, over 1,000 hectares of land needed to be acquired, more than 20,000 houses needed to be rehabilitated and 1,000 shops have to be demolished. The project is not feasible."
"Earlier the UDF government had proposed a parallel rail line within the existing railway. In this proposed project of the UDF government, only 100 hectares have to be acquired and it is economically feasible as the project would have cost Rs 25,000 crore." (ANI)