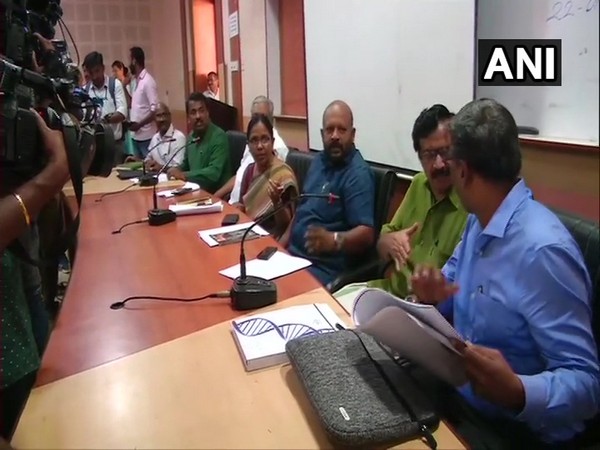 Thrissur (Kerala) [India], Jan 31 (ANI): Kerala Health Minister K. K. Shailaja on Friday chaired a meeting with the health department officials in Thrissur after a person was tested positive with the novel coronavirus.

Earlier in the day, the patient was shifted from Thrissur General Hospital to the isolation ward of Thrissur Medical College. The Health Minister said that the patient's condition is stable.
"The patient who had returned from Wuhan (China) and had tested positive for coronavirus is stable. She will be shifted to Thrissur Medical College from Thrissur General Hospital today," the minister had said earlier.
"Another person has been admitted to Thrissur General Hospital with symptoms of coronavirus. 15 persons are under surveillance in the State. Of these, nine are in isolation wards and the rest are being monitored at home," she added.
The central government has also issued a travel advisory, asking people to refrain from travelling to China.
In addition, the thermal screening facilities, as a precautionary measure, have been extended to 21 airports now, including Gaya, Guwahati, Vizag, Varanasi, and Goa.
The deadly virus has so far claimed 213 lives in China. (ANI)