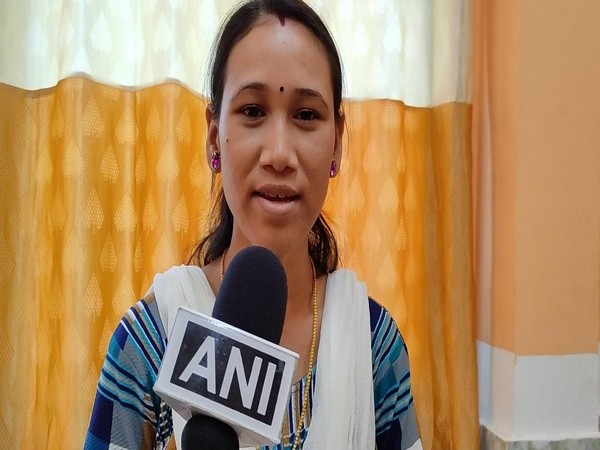 Kannur (Kerala) [India], November 22 (ANI): In the CPI(M) stronghold of Kannur, a woman from Assam, Munmi Gogoi is contesting local body polls as a BJP candidate.

Married to a native Shaji, she said: "Kannur has accepted me as its daughter-in-law." The BJP candidate said that Iritty panchayat from where she is contesting will also accept her as the new family.
Gogoi said that she is inspired by Prime Minister Narendra Modi's pro-people initiatives which made her contest the polls on BJP's ticket.
"Prime Minister Narendra Modi has made several schemes for us. Some of these schemes are not reaching the poor families. I am contesting the election as a BJP candidate, to try and bring these schemes to my village," Munmi told ANI.
Narrating her journey to Kerala, she says it was a 'wrong' call from Shaji that set everything right in her life.
When Shaji called a friend in Assam the call reached the wrong number and Munmi from Lakhimpur of Assam picked up the call. They started to exchange calls and their love bloomed. Later, they got married.
The local body polls are taking place in three phases from December 8 to 14. The counting of votes will take place on December 16.
Earlier, C P Radhakrishnan, BJP State in-charge of Kerala and BJP National Executive Member claimed of his party's victory in elections.
"We are well prepared for the local body polls in Kerala. People are looking for efficient administration. BJP will be victorious in the upcoming elections," he said. (ANI)