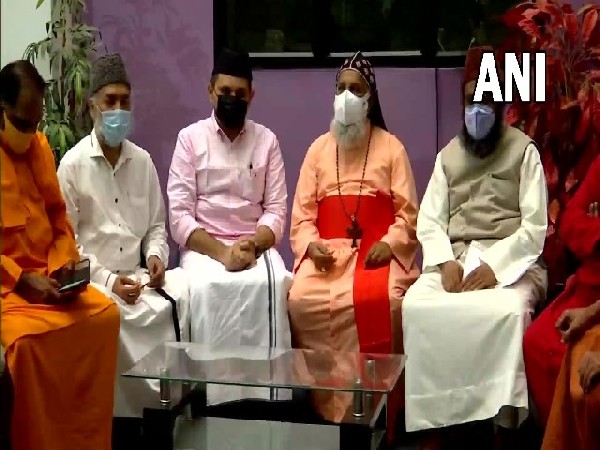 The inter-religious meeting was held in the backdrop of 'Love Jihad', 'Narcotic Jihad' controversy triggered by the remark of Pala Bishop Joseph Kallarangatt.
Speaking to the media persons after the meeting, Janab Panakkad Munavarali Shihab Thangal said: "All the religious leaders were invited to the meeting. We discussed many issues of society. We all shared our views and concerns in the meeting."
"We look forward to strengthening our co-existence and harmony. If there are any issues in the community, it can be solved through healthy communication," he said.
Janab Panakkad denied any discussions on the remarks made by Pala bishop on 'love jihad' and 'narcotic jihad' which triggered controversies across Kerala.
Swami Aswathi Thirunal from Ekalavyashramam said that it is time to stop the polarisation in Kerala.
"In Kerala, there is a polarisation between religions. It is time to come together to end this. We should have done the meeting earlier. We will form an organisation to solve the issues between religions," Swami said.
"This meeting was convened against the tendency of going away from one another. We come together and discussed various aspects of lining together as one community," said Cardinal Baselios Cleemis Catholicos, Major Archbishop of the Malankara Syrian Catholic Church.
"Our focus was mainly to promote inter-religious dialogue. More than one incident, we were focusing on living as one flock expressing our faith in a different way," he said.
Pala bishop had alleged that young girls were largely falling prey to "love and narcotic jihad" in Kerala and these tactics are being used to destroy non-Muslims while addressing devotees at a church on September 9. (ANI)