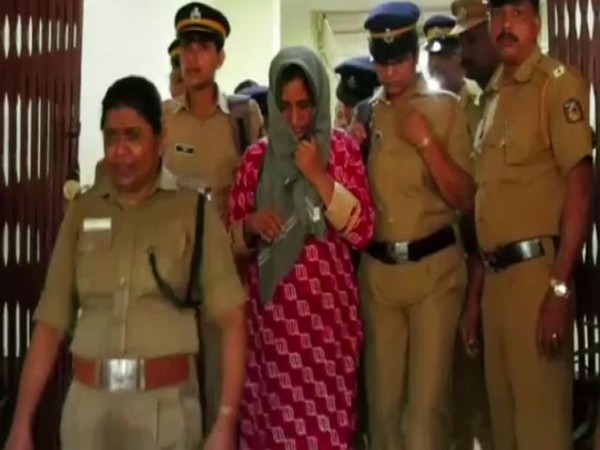 Kozhikode (Kerala) [India], Oct 11 (ANI): Three persons, including the main accused Jolly Shaju, were taken to the site of crime, Ponnamattam House on Friday by the police for collecting evidence in connection with the case in which six members of a family were killed over a period of 14 years in Kerala's Kozhikode.

Jolly, the prime suspect, was arrested along with two of her partners M S Mathew and P Prajikumar for allegedly using cyanide to kill six members of a family in Koodathayi village in Kozhikode district between 2002 and 2016.
Later, the police took the accused to the house of Mathew Machadi, the uncle of Jolly's former husband Roy Mathew.
Amidst this, locals crowded to have a glimpse of Jolly and were shouting at the accused.
The arrests were made after the forensic experts exhumed the mortal remains of the victims from their graves and conducted the postmortem.
Jolly and the two accused will now be produced before a local court on October 16 at the end of their remand period.
The deaths in the family took place between 2002 and 2016. While the first death, which is now being suspected to be a murder, was of Jolly's mother-in-law, the most recent one to die in the family was a relative and mother of a two-year-old, named Sily.
Earlier this week, Jolly had admitted that she killed them all her family members. The Investigating Officer (IO) handling the case had said she killed them in order to take away the property and marry Shaju Zacharia, Sily's husband. (ANI)