KJ Alphons attacks Rahul Gandhi, asks him to analyse what farmers got from Modi govt 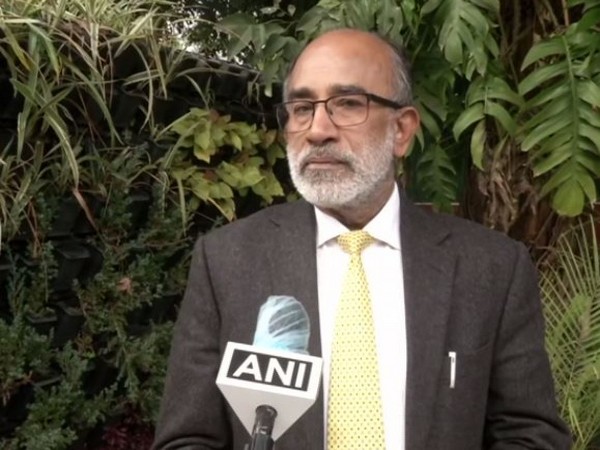 New Delhi [India], January 14 (ANI): Responding to Congress leader Rahul Gandhi's allegations that the central government is suppressing the farmers for helping a 'handful of businesses', former Union Minister and Bharatiya Janata Party (BJP) leader KJ Alphons on Thursday asked Waynad MP to analyse what the farmers got from the Modi government.

"I am not surprised because this politician (Rahul Gandhi) does not study anything. Has he ever spent ten minutes to find out what has the farmers got from the Modi government? I mean just look at the very simple figure it will take him only five minutes to learn what was MSP when the Modi government came to power and what is it today for wheat? How much is from paddy when the Modi government came to power and how much is it now and for how many items for wheat and paddy?," Alphons told ANI here.
Former Minister of State for Tourism (Independent Charge) said that MSP has grown up by close to about 45 per cent in six years of Modi government.
"Look at the total number of farmers who have been benefited more than double for the past 5 years. Look at the total amount of money that has been paid under MSP to farmers that is more than double. why doesn't Rahul Gandhi read about what the Modi government has done for the benefit of farmers then let him decide whether the Modi government has done anything for the farmers or not?," he said.
"Let's talk numbers, I am afraid he is incapable of understanding these things, incapable of applying himself on these issues just find it out simple figures, so doesn't need to be answered," he added as he compared the MSP received by farmers during the UPA regime and now during Modi's government.
During his visit to Tamil Nadu's Madurai, Rahul Gandhi claimed that 'neglect' is 'too weak' a word to explain the Central government's attitude towards farmers, and added the Centre is suppressing the farmers for helping a 'handful of businesses'.
The BJP leader Alphons also slammed Rahul Gandhi for his comment that 'Chinese troops are sitting inside Indian territory'.
Alphons said, "I don't think in the history of India ever a Prime Minister or government had taken such a strong view on China and such a strong action on its border."
"His family has been ruling India Forever. What happened when they were ruling India 10,000 square kilometers of Indian territory upside Aksai Chin when it's was taken over by China? what did Nehru say in the parliament not a grass grows there what is the point of having this area in India? what did they do and this man ( Rahul Gandhi) says if I come to power I will chase out Chinese in 15 minutes. I mean he can't talk like this. He is supposed to be a senior politician. He can talk like this I am not surprised whatever he said," Alphons added.
Slamming the Bharatiya Janata Party (BJP)-led central government for China's alleged entry in Indian territory, Congress leader Rahul Gandhi on Thursday questioned why Prime Minister Narendra Modi is silent about the fact that 'Chinese troops are sitting inside Indian territory'.
"What is China doing inside our territory? Why are the Chinese people sitting inside Indian territory? Why has the PM got nothing to say about it? Why is the PM completely silent about the fact that Chinese troops are sitting inside Indian Territory?" Gandhi asked. (ANI)