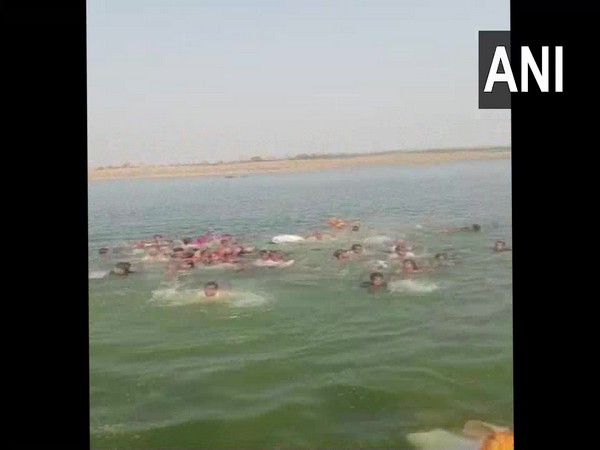 Kota (Rajasthan) [India], September 16 (ANI): A total of 19 people were rescued while 11 bodies have been recovered after a boat, carrying over 40 devotees to a temple, capsized in Chambal river in Kota district here, an official said.


According to the official, three people are missing and rescue operation by National Disaster Response Force (NDRF) teams is underway.

Chief Minister Ashok Gehlot has announced an ex-gratia of Rs 1 lakh each to the next of the kin of the people who died in the incident.

Earlier in the day, he tweeted to express grief. "The incident of a boat capsizing in the Dhibri Chambal at Kota's Khatoli police station area is extremely saddening and unfortunate. I express my deepest condolences to the families of the victims in the accident," the tweet read. (ANI)