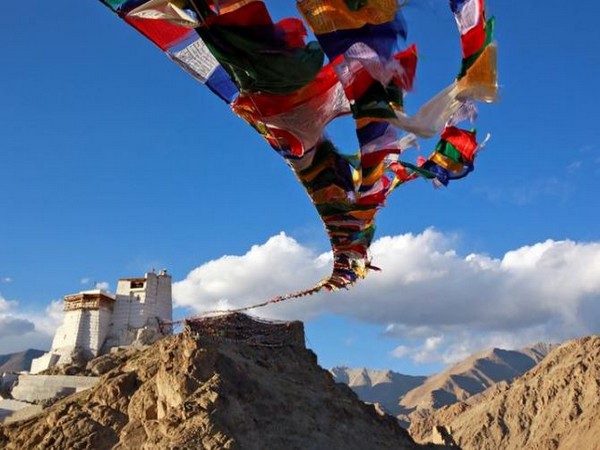 Leh [India], Dec 28 (ANI): Lieutenant Governor RK Mathur on Friday greeted people on the occasion of the Ladakhi new year, Losar and said that making Ladakh a Union Territory (UT) paves the way for prosperity and development of the region.

The Lieutenant Governor was participating in a celebration programme at Chowkhang Vihara here. Speaking on the occasion, he said that Ladakh is ready for a new era with this new year.
"Fulfilling of the long pending demand of the people of the land in the form of UT paves a pathway for prosperity and development," an official press note quoted Mathur as saying.
He said that everyone needs to work together to create a better future for the coming generations.
"It is the right time to grab the opportunity to shape Ladakh making it socially strong, culturally rich, economically and ecologically prosperous," added Mathur.
Mathur also appreciated the Ladakhi people's deep faith in communal harmony and the desire to give back to the society what they have received from it.
The programme was organised by the Ladakh Buddhist Organisation in collaboration with the Departments of Tourism and Culture.
Glimpses of Losar traditions of Chuchot, Choglamsar, Heshuk, Nimoo, Basgo, and Wanla villages made the event colourful.
Ladakh Autonomous Hill Development Council, Leh Chairman Gyal P Wangyal, Commissioner Rigzin Samphel, president LBA PT Kunzang were among those who attended the event. (ANI)