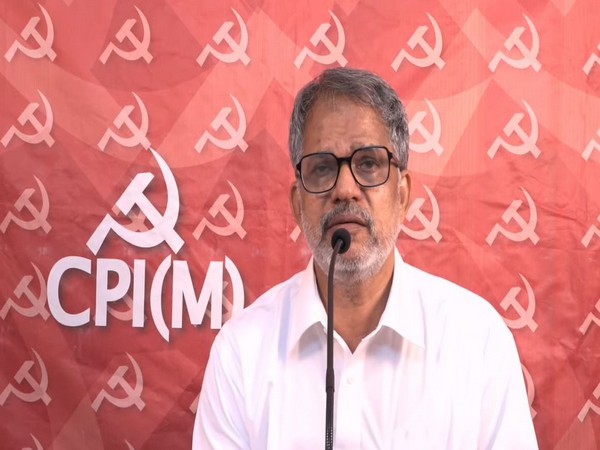 Thiruvananthapuram (Kerala) [India], May 4 (ANI): After historic victory in Kerala assembly polls, Left Democratic Front (LDF) will hold a meeting on May 17 to decide on government formation in the state, CPI(M)'s acting state secretary and ruling LDF convener A Vijayaraghavan said on Tuesday.

Addressing media via video conferencing, Vijayaraghavan said that prior to meeting, talks will be held with constituent parties of the front. On May 18, meetings of CPI(M) state secreteriat and state committee are also scheduled.
"The was a huge Left wave in this election that was clearly visible across the state, which gave us such a huge victory. People giving the Left a clear cut mandate, electing the LDF again is a milestone in Kerala's political history," the LDF convener said.
"This victory is crucial particularly when Centre under BJP rule is going ahead with neo-liberal policies and communal politics," he said.
He alleged that BJP government was not doing enough to deal with the COVID pandemic and "people are suffering".
Vijayaraghavan said that Kerala under the LDF government will work as a corrective force.
He asid people of Kerala had rejected "communal forces and divisive politics".
"This was achieved when UDF, BJP and communal forces like Jamat-E-Islami worked hard to ensure the Left's defeat. But people chose the Left due to the good work of the Pinarayi Vijayan government and the right political stand taken by the LDF," he added.
LDF has decided to celebrate May 7 as victory day in Kerala. The party said that on May 7 at 7 pm, people can light up lamps at their houses to celebrate the victory of the Left.
The Communist Party of India (M)-led LDF retained power in Kerala by winning 99 seats against 41 seats of Congress-led United Democratic Front (UDF) in the assembly polls. BJP could not win any seat. (ANI)