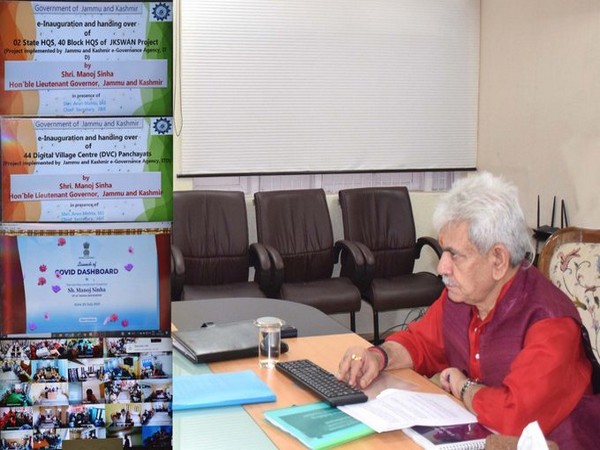 Srinagar (Jammu and Kashmir) [India], July 21 (ANI): After inaugurating 44 digital village centres in Jammu and Kashmir, Lieutenant Governor Manoj Sinha on Tuesday said that a new era of development has rightly started in the Union Territory, which has taken a giant leap towards inclusive development.

"A new era of development has rightly started in Jammu and Kashmir, and we have taken a giant leap towards inclusive development. Today, 44 panchayats, 40 blocks have been dedicated to the people in the form of Digital Village Centres and arrangements have been made to reach out with all the online schemes of the government," said Sinha.
He further stated that the initiative will enable the government to disseminate its programme and policies through a readily available system.
Sinha distributed small commercial vehicles to 250 youth from across the UT under the 'Mumkin' scheme of the Mission Youth program in a distribution event held at SKICC here.
Congratulating the youth who were handed over the keys of small commercial vehicles, the Lt Governor wished for their successful future as they embark on a new journey as self-employed entrepreneurs.
Underlining the need for channelisation of youth energy, the Lt Governor said that the UT administration is running many programs for livelihood generation, skill development and youth engagement under Mission Youth and other entrepreneurial, self-employment schemes.
"The collective commitment of all the programs for youth is to provide them opportunities for a career and become job providers apart from becoming successful entrepreneurs", added the Lt Governor.
He informed that under the guidance of Prime Minister Shri Narendra Modi, Jammu and Kashmir has got a new industrial development scheme of Rs 28,400 crore.
"When this scheme was launched earlier this year, our estimate was to attract Rs 20,000-25,000 crores. But seeing the interest and enthusiasm of investors, it seems that this figure could reach around Rs 50,000 crores. Similarly, the estimate of employment generation under the New Industrial Development scheme would also get doubled," he said.
"Besides setting up Industrial estates, IT Towers, Logistics Parks, Cold Chain, Medicity, Edu-city etc, the Industrial Policy also focuses on taking industrial growth to the Block level"," remarked the Lt Governor. 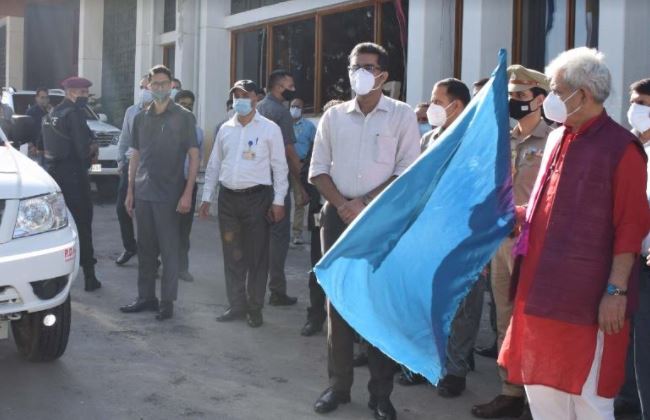 Enumerating various initiatives taken by the Government for the economic empowerment of women, the Lt Governor mentioned, inter alia, the 'Tejaswini' program and the 'Hausla' scheme started by the Jammu and Kashmir administration for the women, under which training and market linkages will be provided to them.
He said that the government has also made a plan to expand the business of women entrepreneurs through Tejaswini program.
Jammu and Kashmir has set a target of making 50,000 young boys and girl entrepreneurs. "Along with bringing reforms in the employment sector, we are also working on infrastructure development", the Lt Governor added.
Citing the report of the Center for Monitoring Indian Economy for the month of June, he stated that today the unemployment rate in Jammu and Kashmir is only 10.6 per cent, which is much less than many states like Kerala, Rajasthan, Haryana, West Bengal, Himachal Pradesh and Goa.
"Today the youth are feeling a connect with the transparent administration. I get messages from thousands of youth every month and their biggest happiness is that for the first time they have got hope from a transparent and corruption-free system. I believe that there is no such challenge that cannot be overcome with the cooperation of 1.25 crore people of Jammu and Kashmir," added the Lt Governor. (ANI)